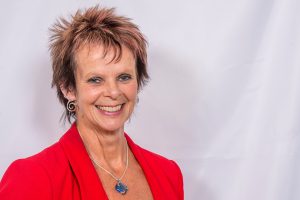 Below is the text of the statement made by Anne Milton, the Minister for Apprenticeships and Skills, in the House of Commons on 24 January 2018.

Mr Speaker, I am sure you have seen the papers this morning. It has been reported that last Thursday, the Presidents Club—this is the first time I have heard of the club—[Interruption.] I am just saying, I had not heard of it before. This club hosted a charity dinner to raise money for causes such as Great Ormond Street Hospital in London. I understand from reports that there are allegations of inappropriate and lewd behaviour at this event.

It is quite extraordinary to me that, in the 21st century, allegations of this kind are still emerging. Women have the right to feel safe wherever they work, and the type of behaviour alleged to have occurred is completely unacceptable. I have recently taken on ministerial responsibility for the board of the Department for Education and was previously Minister for Women. As hon. Members will know, David Meller has been a non-executive board member in the Department for Education and chair of the apprenticeship delivery board. The Government expect board members to adhere to the code of conduct for board members of public bodies, which clearly states that they should adhere to the seven principles of public life.

David Meller is stepping down as a non-executive board member for the Department for Education and as a member of the apprenticeship delivery board. I know that my right hon. Friend the Secretary of State is absolutely clear that that is the right thing to do. In case right hon. and hon. Members or you, Mr Speaker, are in any doubt, the event was absolutely nothing to do with the Department for Education.