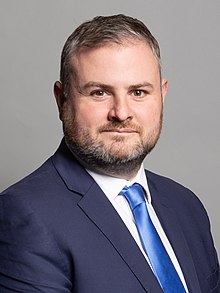 The statement made by Andrew Stephenson, the Minister of State at the Department for Transport, in the House of Commons on 12 November 2020.

I have been asked by my right hon. Friend the Secretary of State to make this written ministerial statement. This statement concerns two applications made under the Planning Act 2008 relating to the A303.

The first application concerns the proposed construction by Highways England of a new two-lane dual carriageway for the A303 between Amesbury and Berwick Down in Wiltshire (also known as the “A303 Stonehenge” application), which the Secretary of State has today approved.

The second application concerns the proposed construction by Highways England of a continuous dual carriageway on the A303 linking the Podimore roundabout and the Sparkford bypass.

Under section 107(1) of the Planning Act 2008, the Secretary of State must make his decision within three months of receipt of the examining authority’s report ​unless exercising the power under section 107(3) to extend the deadline and make a statement to the House of Parliament announcing the new deadline. The Secretary of State received the examining authority’s report on the A303 Sparkford to Ilchester Development Consent Order application on 12 September 2019 and the deadline for a decision was previously extended from 12 December 2019 to 17 July 2020, and then further extended until 20 November 2020 to allow for further work to be carried out.

The deadline for the decision is to be further extended to 29 January 2021 (an extension of just over two months) to enable further information to be provided by the applicant and the defence infrastructure organisation regarding outstanding concerns pertaining to the issue of bird strike.

The decision to set a new deadline is without prejudice to the decision on whether to give development consent.