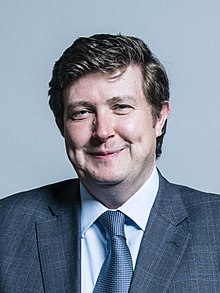 The speech made by Andrew Lewer, the Conservative MP for Northampton South, in the House of Commons on 27 May 2021.

With more than half the adults in this country classed as overweight, which has well-known associated health impacts on society and the NHS, I understand why the Government want to tackle this issue. Much of the strategy on public health education is not objectionable, unlike the proposals about the advertising of two-for-ones and where shops can display their wares, which I believe fall foul of the core Conservative principles, which are the reason I am in politics, of promoting freedom and the liberty of our citizens.

There is much evidence that suggests that such proposals will not work anyway and will be heavy-handed. That is why these ideas, thankfully, never came to fruition in two former Prime Ministers’ Administrations. The legislation will essentially nationalise the content of food advertising, which will be chosen by the Department of Health and Social Care in Whitehall. It is redolent of EU regulations about whether Jaffa Cakes are biscuits or cakes and Harold Wilson’s selective employment tax; instead we should trust citizens to make decisions for themselves and concentrate on education so that those choices are informed.

The proposed advertising ban on high-fat, salt and sugar products before 9 pm on TV and online in its entirety will not only catch those foods that we commonly think of as junk, but target foods such as ready-made sandwiches, butter and jam. Speciality businesses such as wedding cake shops or artisan producers of sausages will not be able to promote their products on the primary advertising mediums of the 21st century. We are a party that claims to stand behind business, but the financial impact across the food, advertising and broadcasting industries, in stifling entrepreneurship and competition, will be enormous. All these proposals, by the Government’s own admission, will reduce children’s calorie intake only by an unnoteworthy amount. Research from Mondelez International states that restricting promotions will lead to an average daily reduction of only 8 calories for adults.

An obesity strategy as a concept and one that empowers my constituents in Northampton South is fine, but proposals towards a nanny, banny state, which are contrary to years of the Prime Minister’s own writings and to core Conservative principles, are not at all fine. They exemplify the politician’s syllogism from the 1988 edition of “Yes Prime Minister”: “We have a problem. Something must be done. Well, here’s something, so let’s do that.”