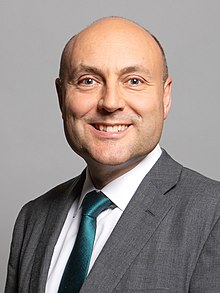 The speech made by Andrew Griffith, the Conservative MP for Arundel and South Downs, in the House of Commons on 21 October 2020.

That leave be given to bring in a Bill to make vehicle registration offences under the Vehicle Excise and Registration Act 1994 attract driving record penalty points; and for connected purposes.

The Bill I present today aims to save lives and to relieve the stress on residents living near roads by improving the ability of the police to identify, and therefore prosecute, antisocial or reckless road users. I should like to be clear that the Bill is not in any way about targeting motorcyclists or, indeed, motorists in general. There are more than 1.25 million motorcyclists in the UK. It is a great sport and industry. I am proud that Destination Triumph has a fantastic dealership for that British-owned brand in Washington in my constituency.

The vast majority of motorcyclists use the roads responsibly and West Sussex welcomes careful riders and drivers alike. I arrived at the subject of the Bill, however, as a result of the misery inflicted on my constituents every summer, but which reached a new intensity during lockdown—misery because, on a day when the roads are dry, the residents of small towns and villages are woken by the sound of motorcycles and there is no respite until sunset. In places around Wisborough Green, Petworth, Bury Hill, Coldwaltham and Tillington, my constituents have to keep their windows closed, however warm the day. Pedestrians feel intimidated and this issue causes a great deal of mental stress.

This is not just about noise. My constituents travel on statistically the most dangerous roads in the whole of Sussex. In fact, the Chichester Observer reported last month that the Road Safety Federation identified the A285 between Petworth and Chichester as one of the worst in the whole UK, with 29 serious and fatal crashes between 2013 and 2018. Nearly two thirds of those involved motorcyclists. Similarly dangerous roads include the A272 from Tillington to Cowfold, the A283 between Fittleworth and Steyning and the A29 from Bury Hill to Adversane. These all carry a particularly dangerous mix of vehicle types, even before the addition of a speeding motorcycle or sports car. Even the shortest journey is likely to include an encounter with tractors and combines, a peloton of bicycles or the local bus service. Things will improve when the long-awaited A27 Arundel bypass is built and takes heavy goods vehicles away from the most dangerous A roads that I have mentioned, but the upgrade was announced by my right hon. Friend the Secretary of State for Transport only last week and will therefore take many years to arrive.

This issue is not confined to Arundel and South Downs. Members of this House who are supporting today’s Bill have told me of their concerns about the same issue on the A32 and the A272 in the Meon Valley, ​on the A27 at Sherfield English in Hampshire and in the Kingsnorth area of Ashford in Kent. Nationally, five people are killed and a further 68 receive life-changing injuries every day on our roads. That is one terrible family tragedy every 20 minutes. It falls to the police to do their best to address the twin impacts of antisocial noise and road safety, and I am grateful for all the efforts of my local police commissioner, Katy Bourne, and Chief Constable Jo Shiner.

This summer has seen a real effort by Sussex police under Operation Downsway, which I saw at first hand out on patrol with Chief Inspector Jon Carter and Police Constable Van Der Wee. However, despite an increase in police numbers—380 new officers this year in Sussex and more than 4,000 nationwide—the police simply cannot be everywhere all the time. Cameras play a vital role in extending their eyes, and that is where today’s Bill will help by closing a loophole in the law.

Currently, although speeding offences are endorseable—that is, they result in points on the offender’s driving licence—the offence of displaying a non-compliant number plate, or even of displaying no number plate at all, carries only a fine. That enables antisocial drivers on our roads, especially in rural areas, to defy both speed and number plate recognition cameras with relative impunity. That is particularly true for owners of high-performance bikes costing tens of thousands of pounds, where a £100 fine for infringing the law on public roads is far less than the cost of admission to a private and regulated track day.

While I am sure that right hon. and hon. Members have no first-hand familiarity with the matter, when it comes to driving, points definitely do not mean prizes. More points mean substantially higher insurance premiums, and multiple offences quickly make the loss of a licence a real consideration. Unlike a fine, penalty points are a real sanction and are more likely to change behaviour. Indeed, I believe that the Home Office Surveillance Camera Commissioner’s working group has made a similar plea for more robust penalties in this area.

Let me conclude by asking the Government and hon. Members from across the House to join me in supporting this Bill today. No novelty or innovation is required. It marries an existing offence with an existing sanction that is a tried and tested part of the motoring statute book. It is a measure that has support from the police and residents alike. It is clear and simple and does exactly what it says on the tin. I am therefore pleased to commend the Bill to the House.