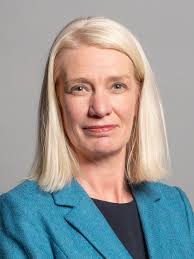 The statement made by Amanda Milling, the Minister for Asia and the Middle East, on 12 July 2022.

The United Nations Security Council has today adopted Resolution 2642, allowing the delivery of UN cross-border aid into Syria to be extended for just 6 months. Russia has again placed political support for the Assad regime above lifesaving aid for the Syrian people, using its veto to force a reduction in the mandate from 12 months to 6.

The UK will continue to stand with the Syrian people and support international efforts to avoid a further humanitarian crisis, including by pressing for renewal of the UN’s mandate to deliver this aid in January. We will also push even harder for a credible political settlement, which is the only way to bring an end to this dreadful war.

Brian Harrison – 1955 Maiden Speech in the House of Commons