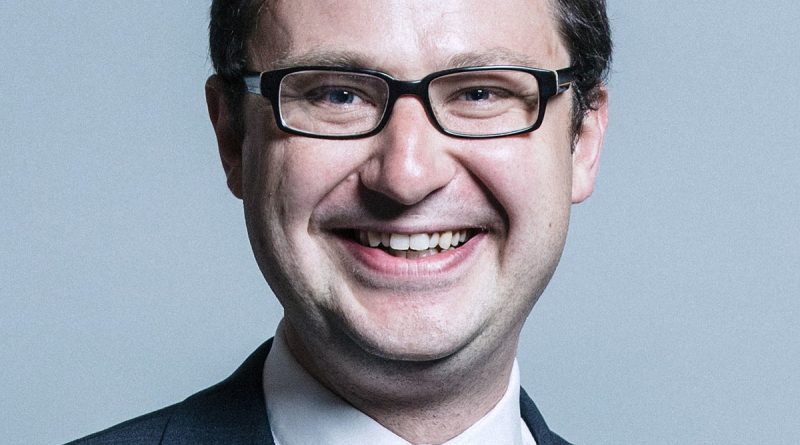 The speech made by Alex Norris, the Labour MP for Nottingham North, in the House of Commons on 27 May 2021.

It is a pleasure to open this important debate on behalf of the Opposition.

Obesity is a significant public health challenge in this country. It is a growing problem that compounds down the years in missed potential and accelerated poor health. I am glad the obesity strategy recognises that, as well as being a matter for individuals in their personal choices, there is a significant impact from our environment. As such, we have a responsibility in this place to do what we can to help people to maintain a healthy weight.

Almost two thirds of adults are overweight or living with obesity—I am one of them—and we have heard that a staggering number of our children leave primary school overweight. This is an unequally distributed problem, with hospital admissions due to obesity nearly three times greater in poorer communities than they are in the best-off communities. At a population level, it is clear that excess weight brings with it increased risk of diseases such as diabetes, cancer, heart disease, liver disease and, of course, associated mental health conditions. In 2019-20—this is such as staggering figure—there were over 1 million hospital admissions for which obesity was either the primary or secondary cause. That was up 17% on the year before, and represents a 600% increase on the previous decade. That is an extraordinary changing picture and one that should kick us all into action. We have also seen in the last year that living with excess weight makes us more vulnerable when fighting the effects of covid. As the Minister says, it is one of the risk factors we can actually make a direct and swift impact on. It is clear that we need to act.

I have said before when we have debated this topic that where the Government bring forward sensible proposals, we shall work with them to implement them in the national interest. Happily, the 2020 strategy contains many such proposals that we are very keen indeed to see implemented. The 9 pm watershed on unhealthy food adverts is prudent. Efforts to curb the promotions and prominent placements of things that we know are bad for us is a good idea, too. Sometimes, even when we are trying to make healthy choices it feels like we cannot escape reminders of those other options. An expansion of NHS weight management services is well overdue, and I hope we will empower such services to use all effective treatments and resource them to be able to do so, too. Traffic lighting is a valued and effective tool in understanding what our food comprises of. We will support proposals that strengthen and develop that system, and I hope we hear a little bit more about that later. A national-level publicity campaign is valuable and we will support its introduction. There is so much to agree with and I have consistently said so to the Minister. Indeed, the only addition I will contribute here is that we need to get on with it and that we do not have time to waste. There are elements, however, that I want to probe and seek reassurance on from the Minister.

On the total online advertising ban, I do not think it is a secret that the Government do not do online policy very well. I think the ever-running saga of the online harms Bill shows that. Online advertising is complex and sophisticated and is changing all the time. I am conscious of concerted efforts by those in the advertising industry to seek to offer the Government a way of delivering on this goal that reflects their expertise in this area. I hope to get an assurance from the Minister that officials are at least talking to them about that and taking it seriously.

On the restrictions on retailers, I hope that we will get a proper chance to understand and debate the qualifiers on square footage and staffing levels. I do not think we would want to be in a situation where this ends up affecting relatively few organisations, creating an unlevel playing field or promoting perverse outcomes, such as having fewer staff. I would be interested to hear from the Minister in that regard.

Crucially, we heard from the hon. Member for Bath (Wera Hobhouse) about calories on menus. I know that that has public support, and support from many campaigners, but if we effect that, it really must be done correctly and properly. I strongly do not believe that before they sought to publicise that and press on the Government have given enough consideration to those with eating disorders who will be negatively impacted.

I am grateful to the hon. Gentleman for cantering through his support for the Government. I just want to take him up on his first principles and the rationale, from his philosophical point of view, for why he believes the Government have a right and a responsibility to manage what people eat and how they look. Does he put obesity on the same level as the tobacco industry of the past? Obviously, health measures were taken because of the harmful effect that tobacco could have on people. If he does not put it on that level, what level does he put it on? Does he put it on the same level as alcohol, which causes a lot of poor health? If not, does he believe that we ought to be doing more on alcohol?

I thank the hon. Gentleman for that contribution. Philosophically, I believe that the state has a responsibility to act when we acknowledge evidence that we have an environment that promotes poor health in this way, so that it goes beyond our personal choices and the way in which we want to lead our lives to things that swamp us. I reject his characterisation of a hierarchy. I would consider the impact that it has on the public and, indeed, the pressures it creates. As for alcohol, I would absolutely support stronger alcohol strategy proposals from the Government, as I would an updated and refreshed version of the tobacco control plan, which we have been waiting on for many months. Again, I would not establish a hierarchy, but I think we can act in those areas and that we ought to.

The hon. Gentleman recognised the support that I had given so far, but I am afraid that that is now about to change—it is not just because of him, I promise. On calories on menus, we have seen the instrument. The impact assessment is comprehensive—it has five different options, 235 paragraphs, four annexes—yet eating disorders are afforded one mention covering three paragraphs before being discarded in a fourth. I do not think that that is sufficient or that due regard has been paid, and I hope that the Minister will revisit it. Alongside my hon. Friend the Member for Tooting (Dr Allin-Khan), I am seeking to bring together stakeholders who reflect a full range of views on this topic to forge a solution that realises important health benefits for one group but is not injurious to another section of society. I hope that the Minister is still in listening mode on the matter and might seek to do something similar.

That leads me to what I am saddest about with this strategy; the Minister knows about it, because I have raised it with her many times. Rather than having just an obesity strategy, we ought to have a healthy weight strategy. Eating disorders are increasingly common and can blight people for their whole lives, and their lives and voices are missing from the strategy. I have thought about this for a long time—since last July—and I think we can guess why that is: talking about eating disorders inevitably challenges us to talk about mental health services in this country, and of course, the Government are not keen to do that, as it would offer a reckoning of their leadership in this area over the previous decade. Access to high-quality mental health services of all kinds is too rare. People wait too long and the oft-repeated promises about a parity of esteem approach have not led to meaningful action. That gets worse when we talk about child and adolescent mental health services. The evidence is irrefutable that the root of challenging behaviours around food is at that time in life, but, as every right hon. and hon. Member knows, trying to get a young constituent into CAMHS treatment is simply too hard. We are failing a big and growing part of our population by not addressing that, too, so in that sense the strategy has missed a really important opportunity.

I turn to public health. As I say, I am glad that these proposals have been brought forward. It has to be said, though, that they follow a decade of the Government’s cutting services that improve the public’s health. I know that it is a core strategy of the current Administration to act as a new Government and run as far away as possible from their record over the last 11 years—I would want to do that if I were them—but they cannot do so.

The public health grant, even with the recent uplift relating to covid, is nearly a quarter lower in real terms than it was five years ago. I had responsibility for the public health grant in Nottingham for three years prior to entering this place. My experience was that, with the growing pressures for demand-driven services such as drug and alcohol services and sexual health services, added to the consistent cuts to local authorities, there just was not anything left for longer-term services such as those that deal with healthy weight. That has meant a withering of nutrition guidance, shared cooking programmes and specialist support. That has absolutely weakened our approach to taking healthy weight issues head-on in this country. These proposals should have included a commitment to reversing those cuts and, frankly, some humility for having imposed them in the first place. That point needs addressing.

Of course—I will make this my final point—this is an issue about poverty in this country, too. If we eradicated much of the poverty, we would take a lot of the obesity with it. As I said, there is compelling evidence that obesity is much worse in poorer communities. Again, that makes it all the more mystifying that those massive and ongoing cuts to local authorities have been targeted at the poorest communities, especially in the big cities. That is an extraordinary public policy disconnect and, again, it is something that we ought to address in the strategy if we really want an all-services approach, at all levels of government, to taking on this national issue.

This is a very important issue and it is right that the Government are seeking to act. We will support them to move at pace to implement evidence-based, effective interventions, but we will push them, too, to close the gaps in the strategy so that it becomes genuinely transformative. The stakes here are lofty, so our ambitions must be lofty too.

Cheryl Gillan – 2012 Speech to the National Assembly for Wales