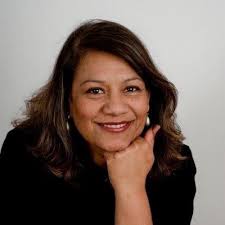 Below is the text of the speech made by Valerie Vaz, the Labour MP for Walsall South, in the House of Commons on 2 June 2020.

I thank the Leader of the House for moving the motion. I note that the amendments in my name and those of other Members were not selected, so I speak in support of the amendments in the name of the Chair of the Procedure Committee and the other Select Committee Chairs. I thank them for their deliberations and their timely reports, which have helped to inform the debate.

I do not know whether the Leader of the House is living in another universe, but the pandemic is still going on, and it is still very serious. The Government chose not to renew the temporary orders on 21 May. Those orders enabled every Member, wherever they are and whatever their responsibilities, to take part on an equal basis in all the proceedings of the House—and it worked.

I know that the Leader of the House likes to say that we need to get back to work here, but I want to pay tribute to all my colleagues on both sides of the House who have worked incredibly hard and to their staff, who have ensured that we can deal with double the casework on behalf of our constituents. We are at work, so will he please stop peddling the myth that we only work when we are physically here? Please stop it.

Where is the evidence? The Leader of the House said in the House on 20 May in response to the urgent question that there was a risk assessment, yet his article for PoliticsHome said that it was “being” done. Which is it? Has he inadvertently misled the House? If so, will he publish it for everyone to see?

The Leader of the House will know that BAME staff are found in lower-paid and operational roles, where they cannot work from home. They are most at risk. Half the catering staff who have returned today are from the BAME community. Where is the risk assessment for them? He will know that the report on covid and BAME people has now been published, and we are twice as much at risk of dying from this disease. Science advisers are adamant: we are not over the virus. This is a dangerous moment.

The Leader of the House talks about scrutiny, but Mr Speaker has always made it clear that Ministers and shadow Ministers are here in the Chamber. Hon. Members have done a fantastic job of holding Ministers to account, whether here in the Chamber or up there on the screens, so it is not about seeing the whites of Ministers’ eyes—we cannot do that from the Back Benches anyway—it is about the responses we get from them. Will he please look at whether Ministers can reply to the written questions to which hon. Members say they have not received responses?

Let us turn to voting. House staff made a great effort to ensure a secure system for voting, and it worked: we had 15 minutes, we were told when to vote, we were told when we had already voted. I do not know whether the Leader of the House has done an assessment of how long it will take for us to queue all the way back to Westminster Hall, but I wonder if that is a good use of Members’ time, whether it is 650, 400 or 300 of us. It is easy for the Front Benchers—we go first—but what about the rest of our colleagues? There has been some talk about the possibility of hybrid voting. I hope we can do that.

There is a fundamental flaw in the Leader of the House’s argument. Can he guarantee that Members and House staff will be safe? Parliament may be covid-19 secure, but there is movement, and the rate of infection is different in different parts of the country. We are all moving around; we could be silent spreaders. His proposal is also discriminatory. The Equality and Human Rights Commission has said so. If someone is able-bodied, they must come in—they have to ignore Government advice about shielding and the R factor and come in—and if, for whatever reason, someone is following the Government guidelines and cannot be here, they effectively lose their vote. A Member who pairs is not recorded as having voted. Members on maternity leave have faced torrents of abuse for not having voted, which is why we moved to proxy voting, and that is happening now. One of the Leader of the House’s own colleagues, the hon. Member for Stroud (Siobhan Baillie), is facing exactly the same thing—we congratulate her on the birth of her baby. Members are being put in an invidious position, having been told by the Government they are at risk, and now being told by the Leader of the House that they must come in or lose their vote.

In conclusion, the Government have not lifted all the restrictions and the pandemic is still here. It is not right, just or fair to all Members. Members rightly demand parity. This is staggeringly arrogant from the Leader of the House. It is the same as when he said he thought the first Prorogation was lawful. He wants to demand and instruct; right hon. and hon. Members want to co-operate, discuss and agree a way forward that treats us all the same and is fair to everyone. Scientific advisers say this is a dangerous moment. The Leader of the House has shown that he just does not care. 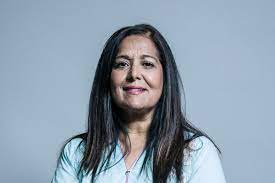