Below is the text of the speech made by Ursula von der Leyen, the President of the European Commission, in the European Parliament on 11 February 2020.

It is just two weeks ago that we bid farewell to our British friends by singing ‘Auld Lang Syne’. And I think it was the most emotional, a very powerful moment in this Parliament. A moment to celebrate the good old times and I thank you very much for the grace and the kindness of this gesture, this was extraordinary.

Since then, we set our sights on the future of our relations with the United Kingdom. And we will enter these negotiations with the highest ambition. Because good old friends like the UK and us should not settle for anything less than this. Prime Minister Johnson said in Greenwich, earlier this month, that the United Kingdom will be ‘a global champion of free trade’. Frankly, this is music to our ears. Because in a moment when the rules-based trade system is so challenged, we need our partners to join us in making the system fairer and stronger.

They are not just increasing our bilateral exchanges of goods, services, people and ideas. They do that too, but not only. They also raise standards on a broad range of issues, from labour rights to the environment. This is what makes us proud of them. Ask our Japanese friends or ask our Canadian friends. They are glad that we have joined forces to put fairness into our globalised economic system. They are glad that they could join forces with the European Union because frankly, in today’s world, size does matter. And we have a Single Market of 440 million people! What I just described, this is the ambition we have for our free trade agreement with the United Kingdom.

And when we agreed the Political Declaration with the United Kingdom, we ambitioned a zero tariffs and a zero quotas trade relation for all goods. Something we have never ever before offered to anybody else. A new model of trade, a unique ambition in terms of access to the Single Market. But of course, this would require corresponding guarantees on fair competition and the protection of social, environmental and consumer standards. In short: This is plain and simply the level playing field.

We are ready to discuss on all different models of trade agreement. But all these models, whatever you chose, have one thing in common: They all come not only with rights but also with obligations for both sides. For example, if we take the Canada model – and this is a model the Prime Minister Johnson referred to – of course, our deal with Canada eliminates tariffs on a wide set of goods, but not on all. And of course, our deal with Canada eliminates most quotas, but certainly not all. For instance, there are still quotas on beef and sweetcorn. And of course: We still have our standards that have to be respected.

And honestly, I was a little bit surprised to hear the Prime Minister of the United Kingdom speak about the Australian model. Australia, without any doubt, is a strong and a like-minded partner. But the European Union does not have a trade agreement with Australia. We are currently trading on WTO terms. And if this is the British choice, we are fine with that – without any question. But in fact, we are just in the moment where we are agreeing with Australia that we must end this situation, and we work on a trade deal with them. Of course, the UK can decide to settle for less. But I personally believe that we should be way more ambitious. And the Prime Minister’s speech in Greenwich is an encouraging starting point.

He recalled everything the UK has achieved in terms of social protection, climate action and competition rules. And I commend the UK for all of that. Indeed, it is not the time to lower social protection or to be lukewarm on climate action. And it is not the time to decrease in terms of competition rules. I have heard ambition in Boris Johnson’s speech. Ambition on minimum wages and parental payments. And he has an ally in me, what that is concerned. I have heard ambition on cutting carbon emissions. Ambition on guaranteeing that our firms are competing in full fairness. This is what we also want. Let us formally agree on these objectives.

We can trigger an upward dynamic competition that would benefit both the United Kingdom and the European Union. To our British friends I say: It is in our mutual interest. And most importantly – it would be consistent with the values we share. Values of openness, values of fairness and values of social justice and free enterprise. These are not only values for good old times. These are values to stay.

Thank you very much for your attention. I just wanted to inform you that the Task Force is ready to start the negotiations. We are all set. 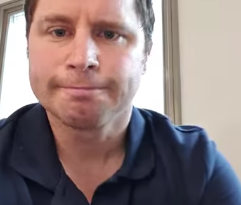