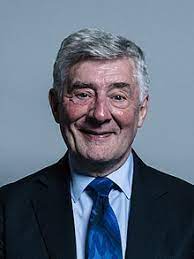 Anybody in the House who takes legislation seriously ought to start from the presumption that operating tactically is a dangerous process. It is short-sighted and for the short term. However, in the context of Northern Ireland, it is not simply foolish, but very, very dangerous. We know about the forces that have been unleashed in Northern Ireland in recent times. The rhetoric in the election in Northern Ireland only a matter of weeks ago and the rhetoric over weeks and months from the UK Government have heightened tensions in that context. This is dangerous and the House should take that on board.

I do not want to be alarmist. We have to move towards taking a much more serious, much more rational view. The right hon. Member for Chingford and Woodford Green (Sir Iain Duncan Smith) and a number of others made the point about article 13.8 of the protocol. They are right to say that there is scope for amendment under that article. However, that has to be done through negotiation and agreement, and on the basis of getting back to the negotiating table.

We know that if we put a shotgun to the heads of any of the parties in this situation, we will get a negative response. That applies to the DUP and other parts of the community in Northern Ireland. We have to take people with us. Frankly, however, it also applies to the bilateral relationship between the United Kingdom and the European Union. If we are not involved in serious negotiation to look for common-sense solutions, we will fail the people of Northern Ireland.

There is a bigger risk: the situation could be traumatic for people across Northern Ireland. If we enter into a really serious breakdown in our relations with the European Union, things will be dramatically worse for the people of Northern Ireland—as they will be for my constituents and those of every Member of the House—so we need rational politics.

My right hon. Friend the Member for Leeds Central (Hilary Benn) made some sensible points. It has long been the case—this has been obvious from the beginning—that once we began to move towards Brexit, the solution that guaranteed respect for the Good Friday agreement could be reached in only one way. It could not be done by having a hard border across the island of Ireland and it should not be done by having a hard border down the Irish sea. It has to be done through some form of negotiated solution that respects the fact that the two potentially different systems have to be brought as close together as possible.

A sanitary and phytosanitary agreement is obvious. We start from the same premise. No Members from the governing or Opposition parties are arguing that we should deteriorate our SPS conditions in Great Britain. We therefore need a negotiated SPS agreement, as was achieved with not only New Zealand, but Switzerland. They are two different models, but a uniquely UK-EU model would be perfectly practical. Let us move on that and look hard at the practical details. If we take the heavy rhetoric away and see these problems as practical ones that can be solved by good will, we can move the situation on.

There have also been some powerful voices among Government Members about the legality of the Bill. That should worry hon. Members across the Chamber. It is not good enough to compare the Good Friday agreement with the protocol, as though one somehow has to go and the other does not. We have to maintain international law under all circumstances. When I say to people in other countries that we have an expectation of very high standards, I am right to say, “It is because my country also respects those very high standards.” That, actually, is true patriotism. Real patriotism comes from such measures, not simply from jingoistic flag waving. Let us say that it really matters that we are a law-abiding country, because if we are not, frankly, we let ourselves and the world down. We have to confront that serious issue tonight.

I appeal to right hon. and hon. Members to take this issue very seriously and to my friends in the DUP on the same basis, because it will affect all of us—the people in Northern Ireland and in the rest of Great Britain—if we get this wrong. There are some really difficult issues. They can be solved, but they will not be solved by the Bill, even if we amend it. We need to get back to the negotiating table and deal with the practical issues. That is the sensible way forward.