Below is the text of the speech made by Theresa Villiers, the Secretary of State for Northern Ireland, on 7th November 2013 at Lancaster House in London.

Your Royal Highness, your Excellencies, distinguished guests, ladies and gentlemen. On behalf of the UK government it’s a pleasure to be able to welcome you all to Lancaster House and to this investment seminar.

I am delighted to be co-chairing this seminar with Arlene Foster who is the Minister for Enterprise, Trade and Investment in the Northern Ireland Executive.

The government and the Executive are working together on our shared goal of promoting Northern Ireland as a great place to live work, visit and invest. And that is why Arlene and I are jointly hosting this event today. We would like to thank you for coming to take part today.

Our aim is to tell you more about Northern Ireland and the business opportunities that it offers. Alastair Hamilton, the Chief Executive of Invest NI will then give you a presentation on why Northern Ireland is an excellent place for your country to invest in and do business with.

We also want you to come and see Northern Ireland for yourself and make your own minds up. So after this seminar, Arlene and I will be writing to your Head of Mission to invite the Ambassador, or High Commissioner or High Representative to lead a delegation of companies from your country or region to come to Northern Ireland next year.

We would like to give you the chance to see for yourselves the opportunities that Northern Ireland can offer your respective countries. And I’d be delighted if you were able to be my guests at Hillsborough Castle. Hillsborough is the residence of Her Majesty the Queen whenever she or members of the Royal Family are in Northern Ireland.

And when you do visit, you will be able to see the success story around inward investment that has been part of the extraordinary political progress of recent years.

Northern Ireland is the place which produces a quarter of the world’s marine energy devices, over 1 in 3 of all computer read/write heads and almost a third of all business class aircraft seats.

Of course, we all know about Scotch whisky, but the world’s oldest licensed whiskey distillery is actually in Bushmills in County Antrim which has a licence dating from 1608.

London’s red buses are famous across the world and a third of them are made by Wrightbus in Ballymena, a company which is also exporting buses to China.

And some of the strongest advocates for Northern Ireland are those who’ve already set up business there. For example, Suren Gupta, the Executive Vice President of Allstate, told a recent investment conference that their operations in Northern Ireland had saved the company more than a billion dollars.

And Pierre Beaudoin, the CEO of Bombardier, recently said:

I would strongly recommend Northern Ireland as a place to do business and a good place in which to grow that business.

Over recent years, Bombardier have invested a £520 million in Belfast to design, manufacture and assemble the advanced composite wings for its new CSeries commercial aircraft. That brings Bombardier’s overall investment in Northern Ireland to more than £2 billion.

So it shouldn’t come as a big surprise that with over 800 foreign investors, Northern Ireland is now second only to London as the top UK destination for inward investment, with almost 8,000 jobs created through foreign investment in just the last three years.

Northern Ireland is increasingly becoming a destination of choice, for business, for culture and for tourism. It is a place that has been transformed since the political settlement agreed 15 years ago under Belfast Agreement. Once known chiefly for its divisions and conflicts, Northern Ireland is a now a heartening, even an inspirational example, of how seemingly intractable problems can be resolved through dialogue.

Yes there is still terrorist activity by so-called dissident republicans. But they have almost zero public support and no mandate whatsoever. The overwhelming majority of people have chosen peace and democracy as the way to resolve their differences and the PSNI and their partners are doing a highly effective job in countering the residual threat from terrorism.

In fact its low levels of crime make Northern Ireland one of the safest places in Europe in which to live and work.

The foundations underpinning the political settlement in Northern Ireland remain solid. That is not to say that all the difficult issues have been resolved. But Northern Ireland’s political leadership is committed to finding lasting solutions in the interests of the whole community.

That is why they have asked the distinguished US diplomat, Richard Haass to chair all-party talks on some of the most controversial questions which are still capable of sharply dividing opinion in Northern Ireland. And in doing that they have the firm support of both the UK and the Irish governments.

And as you will hear today, Northern Ireland has much to offer potential investors:

– It has excellent transport links, particularly to Heathrow, but also to destinations in Europe and the US

– Its telecoms infrastructure is second to none, including Project Kelvin which delivers ultra-fast connectivity with North America through the Hibernia North Transatlantic cable

And of course, investors in Northern Ireland benefit from a time zone which enables them to trade with Asia in the morning and America in the afternoon, and all the while using English as the global language of business.

But there are significant challenges which remain for the Northern Ireland economy, not least of which is its over-dependence on public sector spending. To help drive forward with the goal of rebalancing the economy and boosting the private sector, the UK government and the Northern Ireland Executive agreed a far reaching economic pact in June in the run-up to the G8 summit in Fermanagh. This pact will see our two administrations working more closely together than ever before.

Both the UK government and the Northern Ireland Executive are strongly pro-business. We are determined to deliver a business-friendly tax and regulatory climate. So the main rate of UK corporation tax will be down to 20% by April 2015 giving us the lowest rate of company taxation of any major developed economy.

The Chancellor’s tax credit for film and high-end TV has been crucial to securing a fourth series of Game of Thrones, which is now being filmed in Belfast’s Paint Hall studios and which has done so much to highlight the scenic beauty of Northern Ireland.

Our employment laws give us one of the most flexible labour markets in Europe and we’re also determined to encourage and reward innovation with initiatives like the patent box for which we have legislated.

We’ve also secured EU Assisted Area status for Northern Ireland meaning there is an attractive range of grants and support on offer from Invest NI.

But Northern Ireland has an asset which is even more valuable than all of this put together – its people. It’s not just the fact that Northern Ireland offers a highly skilled, dedicated and loyal work force with low attrition rates. It’s more than that. The climate of friendliness, warmth and hospitality is one of the reasons why the Prime Minister called Northern Ireland: “this very special part of the United Kingdom”.

When the G8 summit came to town, even the protesters commented on the friendly welcome they received.

Belfast recently hosted the third biggest sporting event, the World Police and Fire Games. The accolade that Northern Ireland was given at the end of the Games by the World Police and Fire Games President was not only that they were the the best games ever, they were the friendliest games ever. So maybe it shouldn’t be so much of a surprise that the Office for National Statistics recently concluded that Northern Ireland is the happiest part of the United Kingdom!

Your Royal Highness, your Excellencies, ladies and gentlemen, thank you once again for coming to this seminar. I look forward to continuing our discussions over lunch and I very much hope to be able to welcome you to Northern Ireland in the very near future. 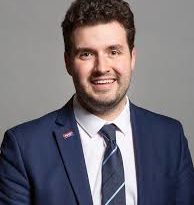 Kwasi Kwarteng – 2021 Statement on the Advance Research and Invention Agency

Alan Milburn – 2003 Speech to the National Association of Primary Care