The speech made by Theresa May, the former Prime Minister, in the House of Commons on 27 June 2022.

I welcome the opportunity to speak in this debate, although I have to say to the lone Minister sitting on the Front Bench that I do not welcome this Bill. I fully understand and share the Government’s desire to uphold the Belfast/Good Friday agreement. I understand and share the desire to keep the Union of the United Kingdom. I recognise the frustration and difficulty when the Northern Ireland Assembly and Executive are not in place and operating. I also share the Government’s desire to get that Assembly and Executive back operating for the good of the people of Northern Ireland. I do not believe, however, that this Bill is the way to achieve those aims.

In thinking about the Bill, I started by asking myself three questions. First, do I consider it to be legal under international law? Secondly, will it achieve its aims? Thirdly, does it at least maintain the standing of the United Kingdom in the eyes of the world? My answer to all three questions is no. That is even before we look at the extraordinarily sweeping powers that the Bill would give to Ministers.

The Government’s claim of legality, as we have heard, is based on the doctrine of necessity in international law. The Government, as the Foreign Secretary said, have published a legal position, and that described this term “necessity” in the following way:

“the term ‘necessity’ is used in international law to lawfully justify situations where the only way a State can safeguard an essential interest is the non-performance of another international obligation…the action taken may not seriously impair the essential interests of the other State(s), and cannot be claimed where excluded by the relevant obligation or where the State invoking it has contributed to the situation of necessity.”

Let us examine that. First, if the necessity argument is to hold, this Bill must be the only way to achieve the Government’s desires, yet the Government’s legal position paper itself accepts that there are other ways. For example, it says:

which was reiterated by the Foreign Secretary in her opening speech. The paper also acknowledges that another way to deal with this issue lies in the existence of article 16. The Government’s preferred option is negotiation, and then there is a second option, which is article 16.

Let us also examine some of the other arguments for invoking the necessity defence. That defence cannot be claimed where the state invoking it has contributed to the situation of necessity. Again, in their legal position paper, the Government set out their argument that

“the peril that has emerged was not inherent in the Protocol’s provisions.”

I find that a most extraordinary statement. The peril is a direct result of the border down the Irish sea, which was an integral and inherent part of the protocol that the Government signed in the withdrawal agreement. It is possible that the Government might say, “Ah well, we knew about that, but we did not think the DUP would react in the way that it has.” I say to the Minister that the Government should have listened to the DUP in the many debates that went on over the withdrawal agreement, because it made its position on the protocol very clear at that point, and it was not positive.

Finally, necessity suggests urgency; “imminent peril” is the phrase used. There is nothing urgent about the Bill. It has not been introduced as emergency legislation. It is likely to take not weeks, but months to get through Parliament. As the former Treasury solicitor Jonathan Jones said in The House magazine,

“If the UK really did face imminent peril, you might think the government would need to deal with it more quickly than that.”

My answer to all those who question whether the Bill is legal under international law is that for all the above reasons, no, it is not.

Question two is whether the Bill will achieve its aims. I am assuming that the aims are either to encourage the DUP into the Northern Ireland Executive, or that the Bill is a negotiating tool to bring the EU back round to the table. On the first of those, so far I have seen no absolute commitment from the DUP that the Executive will be up and running as a result of the Bill. There were rumours that that might happen on Second Reading, but as far as I can see it has not happened. If my right hon. Friend the Foreign Secretary wants to have a discussion with me about negotiations with other parties in this House on various matters, I am happy to do so.

If the Bill is a negotiating tool, will it actually bring the EU back round the table? So far, we have seen no sign of that. My experience was that the EU looks carefully at the political situation in any country. As I discovered after I had faced a no-confidence vote—and despite having won that vote—the EU then starts to ask itself, “Is it really worth negotiating with these people in government, because will they actually be there in any period of time?”, regardless of the justification or otherwise for its taking that view. I suspect those in the EU are saying to themselves, “Why should we negotiate in detail with a Government who show themselves willing to sign an agreement, claim it as a victory and then try to tear part of it up after less than three years?” My answer to the second question as to whether the Bill will achieve its aims is no, it will not.

My final question was about the UK’s standing in the world. The UK’s standing in the world, and our ability to convene and encourage others in the defence of our shared values, depends on the respect that others have for us as a country—a country that keeps its word and displays those shared values in its actions. As a patriot, I would not want to do anything to diminish this country in the eyes of the world. I have to say to the Government that this Bill is not in my view legal in international law, it will not achieve its aims and it will diminish the standing of the United Kingdom in the eyes of the world. I cannot support it. 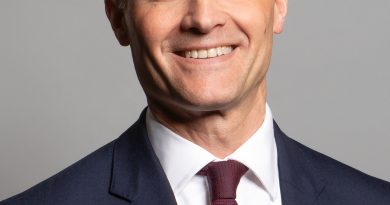