Below is the text of the speech made by Theresa May, the Prime Minister, on 8 July 2019.

After I became Prime Minister almost exactly three years ago, one of my very first acts – the first time I spoke in the House of Commons, in fact – was to open the debate on renewing our continuous at-sea nuclear deterrent.

As I said in that debate, “There is no greater responsibility as Prime Minister than ensuring the safety and security of our people.”

And doing so is not something any Prime Minister can achieve without you – the brave men and women of our armed forces.

The foundation of our freedom.

The protectors of our democracy.

And for that, we owe you a debt of gratitude.

It is a debt that stretches back through the generations – as we were reminded last month when the wonderful veterans of D-Day returned to the beaches of Normandy 75 years after they liberated a continent.

And it is a debt that continues to this day, as I have seen every day throughout my time in Government.

I saw it in Salisbury, where specialists from the joint CBRN task force worked around the clock to decontaminate the city in the aftermath of Russia’s despicable and deadly nerve agent attack.

I saw it in Iraq, where I met some of the British troops who have trained almost 90,000 local forces in weapons maintenance, counter IED, medical and engineering skills.

I saw it in Kenya, where I witnessed British troops training their local counterparts in mine detection and bomb disposal

I saw it in Akrotiri, where I met the brave men and women of Operation Shader – who have helped destroy the territorial caliphate of Daesh, and who continue the fight against the evil it stands for.

In South Sudan, where British peacekeepers are bringing safety and stability to the world’s youngest nation.

In civil emergencies across the UK, where the military have saved lives and property from rising water, raging fire and falling snow.

In Gibraltar, where just last week the Royal Marines boarded and seized an oil tanker suspected of illegally supplying the Syrian regime.

In Somalia, where more than 500 local soldiers have now graduated from the British Security Training Centre.

In the skies above Europe, where our Typhoons scramble to see off Russian transgressors.

In the Mediterranean, where our sailors rescued migrants sent to sea in the rickety boats of people traffickers.

And on the streets of cities across the United Kingdom when, under Operation Temperer, troops from all three services kept us safe in the wake of the horrific terror attack in Manchester.

At home and abroad, by day and by night, at sea, on land, in the air and even in cyberspace…

You are always there, always ready, always serving – and all so that we in the UK might sleep safely in our beds.

In doing so you face many threats, but you do not face them alone.

It was Sir Winston Churchill who said that “There is at least one thing worse than fighting with allies – and that is to fight without them.”

And at few places is that spirit of co-operation stronger than here at Northwood, home of the NATO Allied Maritime Command.

In an age of increasing polarisation and division on the global stage, the hand-in-glove co-operation of NATO’s militaries provides a model for multinational organisations everywhere.

We saw what that looks like just last month in the 47th annual Baltops exercise.

Across Baltops 50 surface ships, two submarines, almost 40 aircraft and well over 8,000 personnel from 18 nations came together to show the world that, while NATO may be in its 70th year, the alliance is as strong and united as it has ever been.

While the threats we face may vary and evolve, the founding principles of NATO – that we are mightier together than alone and that an attack on one is an attack on all – remain every bit as important and relevant today as they were in 1945.

Because the military and security challenges we face in 2019 are not confined to any one nation or continent.

Terrorists, people traffickers, international criminals and state and non-state aggressors do not respect national boundaries, and nor should our response to the threats they pose.

NATO has a crucial role to play in that response – and I am immensely proud of the role the UK plays in NATO.

Proud that the UK continues to be a significant and active member of the alliance, including hosting the Maritime Command here at Northwood.

Proud that, later this year, the UK will have the honour of hosting the special summit to mark NATO’s 70th anniversary.

And proud that the UK continues to meet the NATO target of spending two per cent of GDP on defence – a pledge I fully expect the next Prime Minister to maintain, and one I would like to see many more member states meeting in the years ahead.

Vital though NATO is, it is not our sole vehicle for international military co-operation.

While the operational headquarters of the EU Naval Force may have recently left Northwood, our departure from the European Union will not mean the end of security and defence co-operation with our neighbours.

For example, RAF Chinooks from 18(B) squadron have been supporting French operations in Mali for some time now.

And this morning I am pleased to announce that the operation will be extended, so this vital partnership can continue.

But of course, other militaries are not the only partners involved in the success of our armed forces.

In fact the most important partners are not in uniform at all – rather, they are the children, friends and families of the wider forces community, who do so much to support their loved ones who serve.

It is not easy being part of the forces family.

Not easy for children to move from school to school.

Not easy for partners to build new careers and new friendships every time their loved one is redeployed.

I cannot imagine how it must feel to wave goodbye to someone you care deeply about, knowing you won’t see them again for many months – or even hear from them, if they are serving out of reach beneath the waves as part of our continuous at-sea deterrent.

And none of us would wish to imagine how it feels to lose a loved one in the service of their country.

Indeed, one of the hardest tasks of my premiership was finding the words to write to a young girl who would never know her father, after he was tragically killed in Iraq.

So I want to take this opportunity to recognise the contribution that you make, and to thank each and every one of you for helping to make our armed forces the very best in the world.

And because our armed forces are the best, they deserve the best.

That is why I increased defence spending by £1.8 billion, continuing our investment in the future of warfare.

By year’s end both Queen Elizabeth-class aircraft carriers will be at sea.

The first of the Dreadnought-class submarines is already under construction in Barrow-in-Furness.

Cutting-edge Ajax armoured fighting vehicles are rolling off the production line in Merthyr Tydfil, with the first of almost 600 entering service later this year.

RAF pilots are already patrolling the skies in state-of-the-art F-35 jets, with a total of 48 due to join the fleet by 2025.

And we are funding research into military robotics on land and at sea.

But we are not only investing in equipment.

We are also taking better care of our most important military assets – the men and women on the front line – increasing the amount we spend on specialist mental health care for armed forces personnel to £220 million over the next decade.

Because any nation’s military can acquire expensive kit.

What makes ours so special is its people – and it is people that are the reason for my visit here today.

Sadly there is only room for 100 or so of you in this hall.

But across the country and around the world, almost 200,000 men and women are serving their country in any number of ways.

Long-serving soldiers, sailors and airmen coming to the end of their forces careers…

…and the rawest of recruits still finding their bunks at Catterick, Halton and HMS Raleigh.

Then there are the veterans who have served their country with distinction and deserve our lasting respect.

The civilian staff around the world who provide so much support for today’s men and women in uniform.

And of course the friends and families who make this all possible.

First as Home Secretary and now as Prime Minister, I have had the privilege of working with and getting to know a great many men and women from every branch of our armed forces.

The toughest decisions I have had to make were the ones that would put you in harm’s way.

But it has been an honour to work alongside you, and to do all I can to support you.

And as I come to the end of my time in office, I am proud to finish the way I started three years ago– by standing up and thanking our fantastic armed forces for all that they do.

You are the best in the world, and I wish you all the very best for the future. 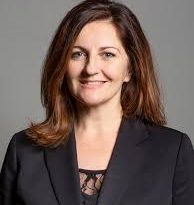