Below is the text of the speech made by Theresa May, the Prime Minister, at the Balfour Centenary Dinner held on 2 November 2017.

Lord Rothschild, Prime Minister Netanyahu, Chief Rabbi, distinguished guests, Lords, Ladies and Gentlemen, I am so pleased to be here with you tonight – and to be with you Lord Balfour on this special evening – as we mark the centenary of the letter written by your great-Uncle: which I believe to be one of the most significant letters in history.

A letter which gave birth to a most extraordinary country.

And a letter which finally opened the door to helping make a Jewish homeland a reality.

It was a letter that is all the more remarkable when you consider its length, its context and its sensitivity.

First, it was exceptionally concise – just 67 words and one single sentence.

In my experience such brevity is not typically a feature of letters from the Foreign Office!

Second, we should consider the context in which this letter was written.

Let us cast our minds back to the time of 1917. In an era of competing imperial powers and with Britain still embroiled in the midst of the First World War, the idea of establishing a homeland for the Jewish people would have seemed a distant dream for many; and been fiercely opposed by others.

Yet it was at this very moment that Lord Balfour had the vision and the leadership to make this profound statement about restoring a persecuted people to a safe and secure homeland.

Third, this was a letter that remains very sensitive for many people today – but it was not ignorant of those sensitivities.

Indeed, Balfour wrote explicitly that: “nothing shall be done which may prejudice the civil and religious rights of existing non-Jewish communities in Palestine, or the rights and political status enjoyed by Jews in any other country.”

So when some people suggest we should apologise for this letter, I say absolutely not.

We are proud of our pioneering role in the creation of the State of Israel.

We are proud to stand here today together with Prime Minister Netanyahu and declare our support for Israel. And we are proud of the relationship we have built with Israel.

And as we mark one hundred years since Balfour, we look forward to taking that relationship even further.

As Prime Minister Netanyahu and I discussed in Downing Street earlier today, we want to deepen our links in areas where Israel is leading the world – in areas like agriculture, health, science, technology and innovation.

Israel is the true start-up nation and we are proud to be your partner.

For it is only when you witness Israel’s vulnerability that you truly understand the constant danger Israelis face – as I saw on my visit in 2014, when the bodies of the murdered teenagers Naftali Frenkel, Gilad Shaer and Eyal Yifrah were discovered.

So I am clear that we will always support Israel’s right to defend itself.

And in a world where Britain and Israel increasingly face the same shared challenges and threats, I am just as clear that our security services will continue to deepen their already excellent co-operation to keep all our people safe.

So I believe we should gather here tonight with a great deal of pride in all that we have achieved – and all that Israel stands for as a symbol of openness, as a thriving democracy; and a beacon to the world in upholding the rights of women and members of the LGBT community.

But marking this centenary is not just about what has been achieved.

We must recognise how difficult at times this journey has been – from the Jews forced out of their homes in Arab countries in 1948 to the suffering of Palestinians affected and dislodged by Israel’s birth – both completely contrary to the intention of Balfour to safeguard all of these communities.

And we must, I believe, seize this opportunity to renew our resolve on what is still to be achieved.

For sadly, Balfour remains unfinished business – as his fundamental vision of peaceful co-existence has not yet been fulfilled.

So I am delighted to see US Secretary of Commerce Wilbur Ross here with us this evening and, Wilbur, you can be assured of the full-hearted support of the United Kingdom for the efforts that the Trump administration is making to bring the parties together to reach that peace deal.

A peace deal that must be based on a two-state solution, with a safe and secure Israel alongside a viable and sovereign Palestinian State.

And let us be honest with each other: there will need to be compromises from each side if we are to have a realistic chance of achieving this goal – including an end to the building of new settlements and an end to Palestinian incitement too.

But as we work together towards Balfour’s vision of a peaceful co-existence we must be equally clear that there can never be any excuses for boycotts, divestment or sanctions: they are unacceptable and this government will have no truck with those who subscribe to them.

Neither can there ever be any excuse for anti-Semitism in any form. Just as there is no excuse for hatred against Muslims, Christians, or anyone based on the peaceful religions they choose to follow, the place of their birth, or the colour of their skin.

And yes, this means recognising that there is today a new and pernicious form of anti-Semitism which uses criticism of the actions of the Israeli government as a despicable justification for questioning the very right of Israel to exist.

This is abhorrent and we will not stand for it.

That is why the United Kingdom has been at the forefront of an international effort to create a new definition of anti-Semitism which explicitly calls out this inexcusable attempt to justify hatred.

Put simply, there can be no excuses for any kind of hatred towards the Jewish people.

And let me say this too. We will never forget where that hatred and prejudice can lead.

That is why it is right that the United Kingdom will have a permanent and fitting National Memorial to the Holocaust standing next to Parliament together with a learning centre that will teach the lessons of the Holocaust for society today and act as a voice against hatred in the modern world.

And I am delighted that just last week, the cross-party United Kingdom Holocaust Memorial Foundation announced that Sir David Adjaye, Ron Arad and the landscape architects Gustafson Porter and Bowman have won the international design competition for the memorial and learning centre with their evocative concept design for this new national landmark at the heart of our democracy.

In saying all of this I do not underestimate the scale of the challenges we face together.

The challenge of fighting hatred in all its forms.

The challenge of bringing people together.

The challenge of fulfilling Balfour’s vision of peaceful co-existence.

But neither do I underestimate the scale of the prize that is at stake.

I saw a glimpse of that prize just last Saturday when I attended a charity concert with the West-Eastern Divan Orchestra on London’s South Bank – an orchestra that brings together young Israeli and Palestinian musicians as well as those from several other Arab countries to promote co-existence and intercultural dialogue.

They were performing together raising money for the Jacqueline du Pre Tribute Fund which helps fund MS research.

And through their shared love of music they escaped the divides of their history to come together for a united cause.

In their actions, and in many others like it, the spirit of Balfour lives on.

So let us tonight be inspired by that spirit.

Let us recognise the contribution of Balfour in fulfilling what was once little more than a two-thousand year old dream for a persecuted people.

Let us take inspiration from the vision he showed as we work together for that future where Arabs and Jews can live in peaceful co-existence.

And as we look to that future, let us mark with pride what has been achieved with the creation of the State of Israel and – in Balfour’s own words – “a national home for the Jewish people.” 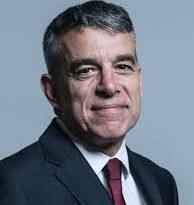 Jeff Smith – 2022 Speech on the Cost of Living Crisis

Mel Stride – 2022 Speech on the Cost of Living Crisis