Below is the text of the speech made by Stephen Timms, the then Minister of State for Pension Reform, at TUC Congress House in London on 18th January 2006.

Thank you for inviting me here today.

Pensions have never had such a high profile as they do today. I was pensions minister before, in 1999, and at that time pensions seemed like a fascinating and vital area of policy, but one of little interest outside quite a small circle. Today, everyone is talking about pensions, and for me that is a very important first step towards resolving the challenges which we face. And the progress is in no small part thanks to the invaluable work of the Pension Commission.

I think its worth just pausing for a moment to reflect on what the Commission has achieved. There were three Commissioners: a former Director General of the CBI; last year’s President of the TUC; and a distinguished social policy academic from the LSE. And simply in producing for us a unanimous, well thought through report, which addresses the issues people have been raising, they have done us an enormous service.

Their final report, building on what they had already told us in their interim report in November 2004 marks a milestone in responding to the impact of huge demographic and cultural changes going forward. Life expectancy has gone up by two or three months every year for the past quarter of a century, and the trend shows absolutely no sign of slackening off. It’s a wonderful transformation – arguably the greatest achievement of our civilisation – but its one which presents major challenges to our public and private pension systems. Our response will influence the shape of our society for decades to come.

I welcome the important contributions to the debate which the TUC and Help the Aged have already made. We need more events like this for everyone to come together for a sensible discussion about the options. The more debate we have, the more people will have the chance to get their heads around the ideas and the challenges, and the better the prospects for building a consensus. And we need a consensus in order to achieve confidence that we will be introducing a package of reforms which will endure for the long term. And that’s key. People need to be confident that decisions they make in the next few years about saving for their retirement will still seem like sensible choices to have made when they come to draw an income on the basis of them in 20 or 30 or 40 years time.

I would characterise the Pensions Commission report as comprising essentially four bold ideas:

– Auto-enrolment into a national system of personal accounts;

– Basic state pension linked from 2010 to earnings rather than prices;

– A gradual increase in state pension age in line with rising life expectancy, starting in 2020 – with a rise to 66 sometime in the 2020s.

The Commission has done a very impressive job. They have sifted a lot of evidence; they have weighed a great variety of opinions; and they have carried out a lot of impressive analysis of their own. There are big questions around all four of these recommendations, but they have produced a set of recommendations which address the concerns people have been raising and which hang together in a coherent way.

David Blunkett and I launched the National Pensions Debate last summer. We have held events in different parts of the country to sound out views and get a sense of how people feel we should go forward. Earlier today, after a meeting with Brendan, Mervyn, Adair Turner and others, John Hutton announced the next phase of the National Pensions Debate, recognising that taking full account of public opinion – and not least trade union opinion – is going to be key to achieving a successful package of reform.

We are planning a number of public engagement events over the next couple of months, building up to a large scale national event in March – a National Pensions Day. We have just let a contract to Opinion Leader Research to organise the programme. National Pensions Day will provide an opportunity for a large number of people in different locations around the country to engage with Government, to discuss the Commission recommendations and to consider the choices we have to make in dealing with the challenges ahead. It will be a good opportunity for people to contribute to shaping a long term pensions settlement. Around these events there will also be other activity, such as a toolkit for people to hold events of their own.

So the next, and some would say the more difficult, phase of the debate is now beginning. Before, we were focussing on a diagnosis of the problem and generating ideas. Now we must debate and test the ideas of the Pensions Commissions against criteria and objectives that will deliver a lasting settlement.

I don’t underestimate the challenge – no-one wants to hear they will have to work longer, or pay more tax, or have to spend less to save more. But nor do they want to hear that they will face a lower standard of living relative to rest of society – which is the alternative.

Policy changes since 1997 – and in particular the introduction of pension credit and other improvements in support for pensioners – have been successful in breaking the historic like between old age and poverty. Pensioners are now no more likely to be poor than anyone else – which is a particularly remarkable achievement after a period like the last eight years in which working incomes have been rising so quickly. That is a big leap forward for fairness and we want to maintain that progress.

But we need to secure fairness between the generations too. It would not be right to saddle a declining number of people of working age with a disproportionate tax bill for supporting an increasing number of pensioners in the decades to come. The aim of the debate is to face up to some difficult choices like that.

Among the Pensions Commission recommendations, the Government is ruling nothing in and ruling nothing out at this stage. We have an open mind and we continue to welcome feedback on the Commission’s proposals, and ideas on alternative ways forward.

The work of the Pensions Commission, the national pensions debate events and our own analysis of the situation will come to fruition in the Spring, when we publish our pensions White Paper. In advance of that, and in welcoming the Pensions Commission report as providing a good basis for building the consensus that we need, John Hutton has said that the Government’s package of reform proposals will need to meet five key tests and I’d like to take a moment to outline them now.

First, does it promote personal responsibility?

The primary responsibility for security in old age has to rest with the individual and their families. We must enable people to provide for themselves, giving everyone the opportunity to build a decent retirement income to meet their needs and hopes.

Second, is it fair?

The system must protect the least well off, and – I think this is going to be critically important in the public debate – the new system will need to be fair to women and carers, correcting past inequalities. At the moment, only about 30% of women reach state pension age with a full basic state pension, compared with almost 90% of men. It will take the current system twenty years for that discrepancy to be put right. I think people are going to want us to achieve fairness much more quickly than that.

Third, is it affordable?

This test will be absolutely central. A near 50% rise in the number of pensioners between now and 2050 presents challenges and choices for the country about the proportion of its wealth that should be used to support retirement. Already we are spending £11 billion a year more on pensioners due to our tax and benefit changes since 1997, compared incidentally with £3 billion, which would have been the bill if we had simply put in place an earnings link for the basic state pension in 1997. The bulk of that focussed on the poorest pensioners. We must not put the long term stability of public finances at risk, and we won’t as it has been such a big prize for us since then.

Fourth, is it simple?

There needs to be a clear deal between citizens and the state. People need to know what the Government will do for them and they need to be clear about what is expected of them. The choices people have to make need to be clear and straightforward. That doesn’t necessarily mean the details of the system are simple, but the way it is presented has to be.

And fifth, is it sustainable?

Any package of reform must form the basis of an enduring national consensus – and one on which people can make decisions about their retirement planning with confidence that it won’t be pulled apart by successive Governments fiddling with the system.

Our task now is to lay the foundations for a lasting pensions settlement. We want new arrangements that stand the test of time; that won’t be uprooted by successive Governments; that will allow people to plan ahead and make decisions with confidence – whilst being flexible enough to adapt to whatever challenges will emerge in the future.

The Government can’t solve the pensions challenge on our own. We need all of us to work together to build a lasting settlement. I need you – for example – to feed back to us the observations of your members.

I am optimistic about what we can achieve together over the next few months, but we need all of us to be involved and contributing to this debate. 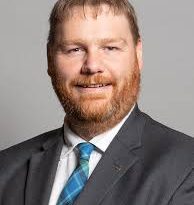