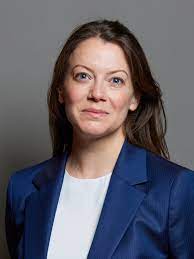 The speech made by Sarah Green, the Liberal Democrat MP for Chesham and Amersham, in the House of Commons on 18 May 2022.

Like the hon. Member for Batley and Spen (Kim Leadbeater), this is my first Queen’s Speech debate. For a Queen’s Speech delivered during a cost of living crisis, this year’s address was regrettably notable for its lack of urgency or solutions. As we have all been hearing, inflation is now at 9%—the highest in over 40 years—and people are struggling to imagine how they can make ends meet, let alone make it. The notion that people can solve the crisis by taking cookery classes or working longer hours is as tone deaf as it is offensive.

The Government talk a lot about levelling up, but in my constituency we see vital local services disappearing before our eyes. I could talk about the loss of multiple bank branches locally, or about protracted postal delays due to Ofcom’s failure to hold Royal Mail to its universal service requirements, but as I only have a short amount of time, I will focus my remarks on questions that cannot afford to be ignored.

With their commitment to making streets safer, I had hoped that the Government would pay some attention to local policing. They talk a good game about their commitment to recruit extra police officers, yet in our local force—Thames Valley police—we were promised an additional 609 officers by the end of May 2023; instead, they were down 29 officers in 2021. This is why I was particularly disappointed to hear that, rather than focusing on provision to improve local policing, the Home Office plans to spend this parliamentary Session attempting to force through draconian legislation that was so recently rejected during consideration of the Police, Crime, Sentencing and Courts Bill.

On future development, my constituents made no secret of their distaste for the Government’s previous planning White Paper. As such, I am glad that the Government appear to have heard the voices of the people of Chesham and Amersham and dropped those proposals. Having been made to think again, the Government are now looking to give communities more say over developments in their area. I only hope that the results live up to the billing.

I am pleased to see that there will be more emphasis on environmental considerations within that legislation. Without a doubt, the planning system plays a big part in protecting our natural environment. However, I am disappointed at the lack of stand-alone environmental legislation. In the UK, some areas of outstanding natural beauty are in decline, yet we are continuing to destroy unique and precious habitats, ancient woodlands and globally scarce chalk streams in my constituency alone. If we are to halt this decline and protect our environment for future generations, we need specific protections to do so. I have previously suggested a special designation and enhanced protection for chalk streams, and I again urge the Government to consider that.

Finally, on transport, the Government have committed to improve reliability for passengers, but I am sure fellow Buckinghamshire Members will share my disappointment that our local council received no funding for bus service improvement plans. I ask the Government what their plan is to improve transport connectivity in regions such as ours which were overlooked. The neglect of Chesham and Amersham’s transport services is particularly ironic given that our community is obliged to watch as ever-increasing amounts of money are poured into the HS2 project, which brings nothing to our area but pollution, congestion and destruction. The Government’s blinkered approach means they are simply ploughing on ahead, despite spiralling costs and an environmental impact far greater than estimated. I urge the Government, before the High Speed Rail (Crewe—Manchester) Bill is brought before this place, to please pause, assess the damage already done and undertake a fresh cost-benefit analysis of the project that takes into consideration the many changes that have occurred since hon. Members regrettably consented to it.