Below is the text of the statement made by Sajid Javid, the Home Secretary, in the House of Commons on 3 April 2019.

A public consultation opened on 19 July 2018 seeking views on proposals for a Windrush compensation scheme. Since the consultation closed on 16 November, careful consideration has been given to the 1,435 responses that were received from people and organisations, as well as the feedback from the focus groups. These views have been considered in addition to the 650 responses to the call for evidence which preceded the consultation. Martin Forde QC, who was appointed to give independent advice on the compensation scheme, has attended events across the country to hear the stories of those affected, and his findings have contributed to the final design. I would like to extend particular thanks to Martin: I have met him to discuss his views on the scheme and his advice has been invaluable.

The Government have listened carefully and I believe the proposals are in line with what the majority of respondents wanted to see in the scheme. I am pleased that Martin has concluded the scheme is accessible and ​fairly compensates those who have suffered. The scheme will ensure that those who have been affected are able to claim for the losses they faced and receive appropriate compensation. It is important that the scheme works well for those who have suffered a loss, so we are making it accessible and fair, with guidance available to help people understand what compensation they might be entitled to and how they submit a claim.

Detailed information about the compensation scheme, with the forms and guidance that people need to make a claim, are available from today online at: www.gov.uk/windrush-compensation. Our free phone helpline is also open now 0800 678 1925 for those wishing to receive printed copies of the claim form or for any other queries. Copies of the response to the consultation (CP 81) are available from the Vote Office and will also be online at: www.gov.uk.

The Home Office is committed to raising awareness of the scheme, and to encouraging eligible people of all nationalities to submit a claim. Eligibility for compensation goes beyond members of the Caribbean Commonwealth, and we are putting in place a programme of events with key stakeholders, faith and community organisations to communicate the detail of the scheme and give everyone who is potentially eligible, the opportunity to hear about the scheme and to apply.

I would again like to thank all those who responded to the consultation and who took part in the wider engagement during the development of the scheme. The views and experiences that have been shared have proved crucial in shaping the Government’s policy, ensuring it addresses the matters raised by those affected. 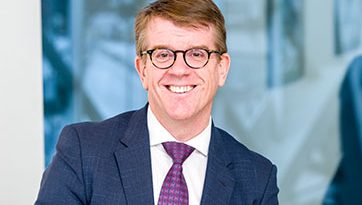 Patrick McLoughlin – 2015 Statement on the Future of Rail