Below is the text of the statement made by Sajid Javid, the Home Secretary, in the House of Commons on 22 May 2019.

Today I am laying before the House the final report of the independent review of the Modern Slavery Act 2015 (CP 100). Copies of the report will be available from the Vote Office and it will also be published at: www.gov.uk.

Under the leadership of the Prime Minister, the right hon. Member for Maidenhead (Mrs May), the UK has transformed its response to modern slavery over the last five years. The Modern Slavery Act 2015 was the first legislation of its kind in the world. The Act provided law enforcement with new tools and powers to apprehend perpetrators, new duties on businesses to publish transparency in supply chains statements, enhanced protections for victims and created the Independent Anti-Slavery Commissioner role. The impact of the Act is evident: more victims than ever before are being identified and supported, more offenders are being prosecuted and convicted and thousands of companies have published transparency statements and are taking action to prevent slavery and trafficking in their supply chains.

Alongside the Act, this Government are delivering a comprehensive programme of policy measures to tackle modern slavery. We are reforming the national referral mechanism (NRM) to improve the support available to ​victims and to streamline the decision-making process. We are continuing to hold businesses to account on their obligations to publish transparency statements and central Government Departments will publish a transparency in supply chains statement this year, to set out the steps we are taking through public procurement to prevent the risks of modern slavery in our supply chains. We are also working with international partners to drive action to address modem slavery risks in supply chains and public procurement.

We continue to play a leadership role internationally, pushing for co-ordinated action to deliver the sustainable development goals on modern slavery, supported by a commitment of £200 million of UK aid, as well as building partnerships with countries from where the UK receives high numbers of victims. To build on this work, the Government recently awarded a further £5 million in grants to seven organisations through the modern slavery innovation fund to trial new and innovative approaches to tackle this heinous crime.

However, this Government are not complacent, and we are determined to lead global efforts to eradicate modern slavery, particularly as the methods used by criminals to exploit vulnerable people and our under- standing of the crime evolves. That is why in July 2018 I commissioned right hon. Member for Birkenhead (Frank Field), right hon. Member for Basingstoke (Mrs Miller) and the noble Baroness Butler-Sloss GBE to conduct an independent review of the Modern Slavery Act. The review considered four themes relating to provisions in the Act: the Independent Anti-Slavery Commissioner, transparency in supply chains, legal application and the Independent Anti-Slavery Commissioner. The final report has made a total of 80 recommendations.

I am grateful to the reviewers and all those who contributed to the review for their commitment and comprehensive analysis. The Government intend to consider all recommendations in depth, before making a formal response in summer 2019. 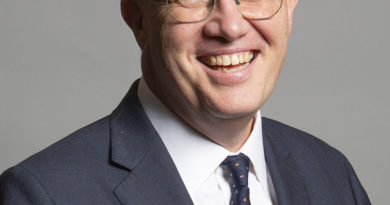