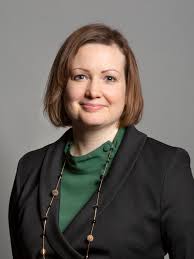 The speech made by Ruth Edwards, the Conservative MP for Rushcliffe, in the House of Commons on 8 December 2021.

I feel privileged to speak in this debate, not simply because this fantastic £96 billion investment in rail is transformational for huge swathes of our country, and not just because we have sped up existing plans by around 15 years to bring real benefits to places such as my constituency of Rushcliffe. No—I feel particularly privileged because this debate gives us the chance to examine the habits and the utterances of that rare species, the Starma chameleon.

For years, the Leader of the Opposition has manned the barricades in opposition to HS2. He said that he opposes HS2

He called its impact devastating and said it would cause “wholly unacceptable damage”. However, all of a sudden, the Government have not gone far enough. Suddenly he believes that the plans are

“a second-class option for the North”

and the midlands. If the Leader of the Opposition had had his way, the people of Nottinghamshire, Derbyshire, Birmingham and Sheffield would not have had high-speed rail at all, but perhaps it only matters when it is in his own backyard—hardly prime ministerial.

The integrated rail plan delivered on a commitment to level up regional connectivity by electrifying the midland main line, and electrification work is set to begin in the next phase, before Christmas. These improvements will be welcomed by my constituents, who, because of the plan, will find it a lot easier to commute and undertake other travel by train. Indeed, in my inbox, praise for this plan far outweighs criticism. As the Secretary of State and my hon. Friend the Member for Keighley (Robbie Moore) have said—in fact, as has been said repeatedly—the last Labour Government electrified 63 miles of track in 13 years. An ordinary British garden snail moving at a top speed of 0.048 kph would have made more progress.

Colleagues may be surprised to hear that the Leader of the Opposition and I have something in common: we both represent constituencies containing planned HS2 stations, the only difference being that I did not petition against this massive upgrade to, and investment in, rail in my constituency. The integrated rail plan will deliver HS2 faster. It will slash train journey times between London and Nottingham by two thirds, and the journey time from Nottingham to Birmingham to only 26 minutes, which is half an hour faster than envisaged under previous plans. It will deliver HS2 right into the heart of the East Midlands freeport, where we are making a green jobs hub that will create over 60,000 jobs in the region.