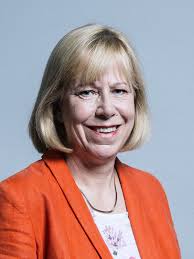 The speech made by Ruth Cadbury, the Labour MP for Brentford and Isleworth, in the House of Commons on 9 June 2022.

I thank the Chair of the Environmental Audit Committee, the right hon. Member for Ludlow (Philip Dunne), for his report and for his speech. It is a pleasure to follow the hon. Member for Kensington (Felicity Buchan), who gave a very clear description of the flooding issues in central London, many of which my constituents have also experienced in the past couple of years, particularly in Chiswick. In previous years, flooding affected much of my constituency. Thames Water is still in the process of replacing the Victorian freshwater pipes, and when they burst because they are so old, we still get flooding; it is not as bad as it used to be, but we are not out of the woods. I thank her for raising those issues.

For many years as a councillor and for the last seven as a local MP, I have been dealing with Thames Water, particularly in relation to its management of the Mogden sewage works in Isleworth, Britain’s third largest sewage treatment works. From the many emails and messages that I have received from constituents, I know that people are rightly frustrated with Thames Water and with Ofwat, which is supposed to regulate our water companies.

The worst local impact of Mogden was the flooding of the Duke of Northumberland’s river with raw undiluted sewage in January 2021. The flood occurred after a break in a brick wall separating the river, which is a freshwater stream, from the Mogden works’ main incoming sewage pipe. The inlet sieve into the works was blocked with silt, and the incoming sewage pipe, which is over two metres wide, filled to the top. When the incoming foul water had nowhere else to go, a weakness in the roof of the intake burst and poured into the Duke of Northumberland’s river running alongside it. That small river was subsumed by sewage that flooded into homes, gardens and two parks in Isleworth. It would have been far worse if an affected resident had not coincidentally known the holder of a key to the sluice gate into the Thames. Opening it relieved the pressure on the Duke of Northumberland’s river before the fire service could get there, and long before Thames Water worked out what had happened.

The flood had a devastating impact, especially on local residents who had sewage water flowing into their back gardens and in some cases their homes. A number of people also wrote to me to rightly express their worry about the impact on the wildlife in and around the precious Duke of Northumberland’s river. I was very concerned to discover that two months after the flood, there were still debris and sewage waste in and around the river and the river banks.

A small group of great volunteers work to keep the river tidy, but it is not fair or right to expect them to have to clean up afterwards. Local councillors, such as Councillor Salman Shaheen, have been persistent in pushing Thames Water to clean up the mess.

More than a year after this disaster, Thames Water has not yet started the inquiry that it promised us, although it has admitted that it still does not know the reason for the silt build-up that blocked the main inlet to the works, and I did manage to get it to admit that such a situation had not featured in its risk register; it certainly will now.

However, this is not the only recent disaster originating from Mogden. We now know, thanks to the Select Committee, that in October 2020 Thames Water pumped 2 billion litres—2 billion, not 2 million—of untreated sewage into the Thames in just two days. That is shocking, but it is part of a growing trend. In 2020, 3.5 billion litres of untreated sewage entered the Thames from Mogden—seven times as much as was dumped in 2016, just four years earlier.

As I have already pointed out, the Tideway tunnel starts downstream of Mogden, so it will not take these discharges. Not only are the discharges a gross environmental crime; they affect many people’s leisure activities. In our part of west London, the Thames plays a huge part in many water sports, such as rowing, kayaking and paddleboarding. Residents walk their dogs along the Thames. Should they really be expected to do so while it is full of sewage?

I wish I could say that these were the only negative experiences that my constituents have had with Thames Water, but there are ongoing and long-running issues involving Mogden sewage treatment works. For years, residents of, in particular, Isleworth and parts of Hounslow have all too often experienced the foul pong of poo wafting around locally, and have also had to put up with the mosquitoes that breed in the stagnant water there and then come out and bite.

Does the hon. Lady agree that rather than new technology, new data and new mindsets, what is needed to reduce the difficulties involving waterworks is a rehaul of the system to include communities and secure their buy-in? Does she agree that that would require a financial contribution from the water companies as well?

The hon. Gentleman has made an important point. I shall say more about resident engagement shortly.

To be fair to Thames Water, it has made efforts to deal with the smell and the mosquitoes. It is currently working through a programme of upgrading parts of the works, which should reduce some of the smells, and it has contracted specialists to keep the mosquitoes at bay. Neither nuisance is as bad as it has been during the time I have represented those residents. Nevertheless, councillors, residents’ representatives and I feel that we have to keep up the pressure through the Mogden residents liaison group that Thames Water convenes.

Other issues, apart from Mogden, have affected my constituents. There has been localised flooding: dirty water has shot out of toilets or out of inspection covers in their gardens. In some cases Thames Water have acted quickly and responsibly, but that has not always been the case. Residents have been passed from pillar to post when trying to obtain help and support, and an acknowledgement from Thames Water.

This takes us back to the wider issue of the culture of these privatised water companies. Billions of pounds are being paid out in dividends, but I wonder whether we are seeing the investment in crucial infrastructure that is so badly needed. Between the 1990s and the 2020s, Thames Water has seen a £6 million decrease in annual investment in waste water. That underinvestment is simply not fair to our constituents, who face the impact of it at first hand.

It is not just Thames Water, however. Analysis has found that the investment in waste water management has been slashed by £520 million. Like the DEFRA Committee, I was concerned to see a proposal that Ofwat should incentivise water companies to improve their environmental performance. Surely it should be doing that anyway, because it is the right thing to do.

There is a wider issue, beyond the environmental protection of our rivers. What role will Ofwat play in ensuring that new developments have the water infra- structure they need? Additionally, the Rivers Trust has raised the importance of ensuring that Ofwat plays a role in relation to climate change and net zero, as my hon. Friend the Member for Plymouth, Sutton and Devonport (Luke Pollard) also helpfully explained.

My increasing fear is that as an MP I am seeing more and more examples of various regulatory bodies—whether it is Ofwat, Ofgem or the Financial Conduct Authority—that just do not seem to be acting with the urgency needed not only to protect consumers but to tackle the big issues facing our country over the next few decades. I sometimes wonder whether it is a deliberate policy of this Government to downplay the importance of regulators. Does this stem from their libertarian wing? All of us, particularly our children, feel that the planet and ourselves and our future generations lose out when the role of regulation is downplayed.

I hear what the hon. Lady is saying. I have a lot of respect for the Environment Agency, but I also listened closely to what her colleague the hon. Member for Plymouth, Sutton and Devonport (Luke Pollard) said. I feel that the Environment Agency does sometimes shy away from taking on the polluters and holding them to account. I hope that it will hear this debate and that when organisations or businesses are found to be polluting our rivers, they will be held to account and pay a penalty.

The hon. Member is right, and I should have included the Environment Agency in the list of regulators in my speech. As I was saying, the role of regulation is too often downplayed by this Government. Ofwat cannot and should not be a silent partner when it comes to the adequate management of sewage treatment works, the cleaning up of our rivers and waterways and the protection of residents from the after-effects of floods.