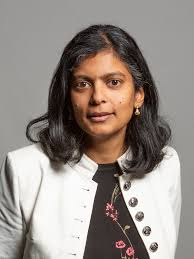 The speech made by Rupa Huq, the Labour MP for Ealing Central and Acton, in the House of Commons on 18 July 2022.

All political careers end in failure; that is a truism. Unlike past demises, however, this one is based not on policy, but on probity. The degradation and debasement of standards should be about not left and right, but right and wrong. This Government have got all the big calls wrong: we have the highest inflation in 40 years and the biggest tax take in 70, while these leadership contenders who have spent years defending the indefensible now out-vie each other to disown the past 12 years.

The moral is that not every fairy tale has a happy ending. This was not just about ambush by cake; it was about a pattern of behaviour that resulted in the first ever lawbreaker Prime Minister. One misjudgment alone might have been ride-outable, but the cumulative effect of partygate, Paterson, the redecoration of the No. 10 flat, the promotion of an alleged drunken groper to a post that included reporting MPs’ misconduct and the Prime Minister’s saying he had had a memory lapse about that individual’s previous history just proved to be one implausibility too far.

As we have seen today, the PM who as a child wanted to be world king has become King Canute, still defiant and partying to the end, characteristically skipping Cobra meetings—if not quite fiddling while Rome burns, then partying while the country roasts. It brings to mind those suitcases being wheeled down Whitehall on the eve of Prince Philip’s funeral. Meanwhile, our fellow citizens face huge challenges: climate change-induced heatwave, looming strikes, inflation, cost of living crisis, energy crisis, record NHS backlog, passports backlog, Home Office backlog, courts backlog—backlog Britain.

If we are trying to define exactly what Johnsonism is, we would have in there the idea that the rules do not apply to those at the top, self-advancement, Government by slogan and, as Dominic Cummings put it, a “shopping trolley” modus operandi. Remember the pro-EU and anti-EU columns, or the one-time fan of an amnesty for illegal immigrants who now wants to ship off asylum seekers to Rwanda? Multiple signs were already there: those costly London Mayoralty vanity projects, the Jennifer Arcuri improprieties, which are still unresolved, with new people appearing out of the woodwork making similar claims, and even indifference to groping and grabbing. It was all part of a pattern. I was in the now PM’s presence in Acton in 2015—there is footage of it out there—and I was grabbed from behind by one of his aides for wanting to speak to him.

If we consider Imran Ahmad Khan, Neil Parish, Charlie Elphicke and Andrew Griffiths, it does not feel as though sexual misconduct is being stamped on, or out. When an entire Government are rotten to their core, all politicians become tainted and tarnished. It is time to call time on the lot. The first step is today’s vote, but the country is crying out for change. There is a democratic deficit if those of us who are not among the small number of Tory party members have no say in our next PM. We need a general election as soon as possible, to have a say on the next, unelected Prime Minister who emerges from that process, and refresh all 650 of us.

Michael Howard – 1983 Maiden Speech in the House of Commons