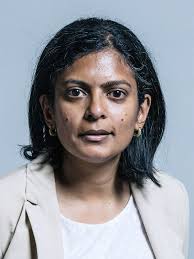 Below is the text of the speech made by Rupa Huq, the Labour MP for Ealing Central and Acton, in the House of Commons on 11 May 2020.

If a week is a long time in politics, it is forever in coronavirus, where things change half-hourly. Isolation has brought communities closer together. A hybrid Parliament is better than no Parliament. Given how multi-dimensional covid is, a general debate is welcome, but we need solutions. What began as a health crisis now signals the most serious economic recession on record and touches every aspect of life. We follow the science, but what scientist dreamt up the subliminal “Stay alert” slogan? New terms bring new casework.

Social distancing is reportedly being broken in workplaces, including on the HS2 construction site at Old Oak. The Government must engage with unions, residents and contractors to resolve a situation where residential streets in NW10 have become a dust bowl, with an airborne killer virus on the loose.

Catastrophising is never useful, but neither is empty spin, which is why yesterday felt like such an anti-climax. An address so devoid of facts could not even be fact-checked. “Protect the NHS” has been dropped, an element that was necessitated by a decade of underfunding. Carers who change incontinence pads, turn the elderly and keep them company and who have so long been under-appreciated get a clap every Thursday, but a pay rise is needed as well for all key workers.

At the other end of the age scale, there is a mistaken belief that schools are shut. In Ealing, all of them have remained open—even over Easter—to provide lessons ​and lunches for the kids of key workers and for those at risk, as well as online working for those who are not. As the National Education Union’s five tests set out, schools should only fully reopen when pupils’ families and staff think it is safe to do so.

Health and safety is not meddlesome when lives are at risk, yet the budgets of the HSE and councils have been slashed. The Government’s Operation Cygnus pandemic planning exercise in 2016 concluded that the UK lacked ICU beds, ventilators and PPE, but action was never taken. Mistakes have been made. We were slow to lock down, and the way the missed test target was expanded to cover those sent out in the post and the death figures have been adjusted to include care home fatalities reminds me of the 1980 “seasonally adjusted” unemployment figures. But many matters can still be rectified.

“we’re all in this together”.

Sadly, ONS data demonstrates that you are four times more likely to die if you are BME. The Opposition have launched an inquiry, led by Baroness Lawrence, while the Government put their fingers in their ears. You are also more likely to die of covid-19 as a London bus driver than as an NHS staffer. Ranjith drove the 92 to Ealing Hospital for years before dying in Ealing Hospital, lacking the PPE needed in a mobile Petri dish that was only deep-cleaned once daily as it left the garage for a long day. Precautions must be put in place, with the coronavirus life insurance scheme extended to transport workers who have paid with their lives to keep our country going in the pandemic.

The Chancellor’s support schemes and furloughing have been welcomed by all sides, and it is wrong to talk of winding them up when they need extending for many who fall through the cracks of their requirements. The Government must act to stop the coronavirus job retention scheme being used by British Airways as a cover for a company restructure and forced redundancies.

Since 2015, I have lived through parliamentary drama —Jo Cox’s murder, referendum, terrorist attack, Grenfell, Brexit, illegal Prorogation. Every time our society and the economy suffer shocks of this magnitude, we are told that we cannot return to the broken system of before. It is imperative that this time, it is for real.

Luke Evans – 2020 Maiden Speech in the House of Commons