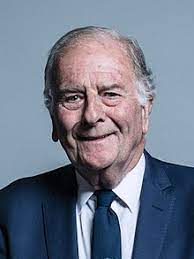 The speech made by Roger Gale, the Conservative MP for North Thanet, in the House of Commons on 27 June 2022.

While I understand the reason for his absence, I rather wish that it had been the Prime Minister and not the Foreign Secretary who introduced this Bill tonight, because when he took office the Prime Minister told us that he had an “oven-ready” deal and I believe I am right in saying that he said there would be a border down the Irish sea over his dead body. The withdrawal agreement and the protocol were freely entered into. The Prime Minister and David—now Lord—Frost brought that document back in triumph and campaigned on it in the 2019 election campaign. It subsequently went through this House with a large majority. I know that only too well because I was sitting in the Chair you are sitting in now, Mr Deputy Speaker, when I announced the result of that vote. But the Government were warned that the deal was flawed. My right hon. Friend the Member for Lagan Valley (Sir Jeffrey M. Donaldson) and others pointed out, before it went through this House, what was wrong with it. They indicated the dangers of the border down the Irish Sea, but they were not heeded. That is why we are here tonight.

This Bill breaches the Vienna convention on legal treaties. My right hon. Friend the Member for Maidenhead (Mrs May) spelled that out very clearly. There is no doctrine of necessity that applies in this case. Article 16 exists as a backstop—if I am allowed to use that word—and the case in law simply cannot stand up. That means that the Bill we are proposing to put through this House tonight will be a gross breach of international law if it is enacted and implemented.

The right hon. Gentleman is absolutely right in what he is saying about the Bill. Does he agree that the UK Government will not be able to complain if the European Union chooses to cherry-pick and undo something unilaterally, because that is the precedent the Government are now setting? Anyone can do what they want.

I am grateful to the hon. Gentleman, but I think the rather more dangerous point, which has already been made tonight, relates to the damage that this will do to our reputation for integrity and the position that we will find ourselves in when we criticise President Putin for breaking international law, which of course he does over and over again.

Does my right hon. Friend really think that that is a fair comparison to make?

I gently suggest to my young friend that, if I had not thought it was a fair comparison, I would not have made it.

I feel very strongly that we are going down an extremely dangerous path. I believe passionately in the Belfast/Good Friday agreement, and we have to get back on track, but we are not going to make Maroš Šefčovič’s job any easier by lumbering him with this legislation. I am sure that it will ultimately get through this House—whether it gets through the other place is another matter—but I hope very much indeed that an agreement can be reached before it becomes law. That agreement has to be reached by negotiation; that really is the only way forward. Some of the proposals in the legislation—such as the red and green routes—are sound and can be implemented. There is every indication that the European Union is willing to accept not all but at least some of those kinds of proposals, and I believe that that is the way forward. I do not believe that the Bill is the way forward and that is why, sadly, I shall not be supporting it tonight.