Below is the text of the speech made by Roberta Blackman-Woods, the Labour MP for the City of Durham, in the House of Commons on 15 July 2019.

I thank the Minister for his outline of this statutory instrument. The important first part of the SI ensures that the fee regime set out in the 2012 regulations is able to continue. Secondly, and perhaps more controversially, the SI amends regulation 14 of the 2012 regulations to include a £96 fee for an application for prior approval to build a larger rear extension to a dwelling house without the need for a full planning application to be made.

The Opposition do not seek to prevent the 2012 regulations from continuing, but we point the Government to their own consultation on devolving fee setting to local authorities. It would be good to have an explanation as to why the Government have failed to act on the outcome of their planning consultation, particularly on full cost recovery. As the Minister will know, the consultation found that there were substantial cross-party concerns that local authority planning departments do not have sufficient resources to provide an effective and wide-ranging service. The majority of respondents from all sectors supported increasing planning fees beyond the 20% increase already given by Government, often citing concerns about the low level of resourcing in local authority planning departments.

There are issues with local fee setting, as it may help resource planning departments better in areas of high growth but does little for those where development is more difficult to achieve. Nevertheless, the issue of getting more money to planning needs to be resolved urgently. Labour’s planning commission has found that poor resourcing of planning departments is the most significant issue raised by communities, planners and developers alike. The Government need to set out clearly what they are going to do to ensure that all planning departments are properly funded.

Total expenditure on planning has fallen by almost 20% since 2010. That fall would be far higher were it not for the fact that spending has been propped up by a 50% rise in planning income. If we remove income from the equation, total net expenditure on planning has fallen by 42% on average, and by up to 60% in some regions, and that of course has led to a huge reduction in the number of public sector planners. In a recent report, the Royal Town Planning Institute showed that when a high number of applications are permitted, with fewer resources committed to each, the main loser may be local communities. Another crucial issue is that planning officers may, as a consequence, have less time truly to engage communities. The impact of austerity on planning is felt keenly by planning officers, who have to operate with fewer resources and to deal with the public dissatisfaction that can arise from that. It would be useful to hear how the Minister intends to address that issue.​

The second part of the SI causes significant problems for us and, we think, for the country at large. Since 2013 Labour has been consistently against the ever increasing moves by the Government to replace proper planning permission with permitted development. The fee proposed here, £96 for prior approval for a large extension, is derisory. Large extensions, as the Minister should know from his mailbag, often cause considerable problems for neighbours and the issues involved can be complex, necessitating a great deal of work by local planning officers which will not be covered by the £96 fee by any stretch of the imagination. Large extensions should have to obtain planning permission, and bypassing communities with greater use of permitted development is just wrong.

A recent report from Shelter has made clear the enormous damage the ever increasing use of permitted development has had on the quality of our built environment, highlighting that local authorities can turn down PDR developments only in very limited circumstances, and cannot require social housing contributions or enforce space standards covering minimum sizes, leading to the delivery of rabbit-hutch homes. PDR allows developers to build the slums of the future.

We think that the time is long overdue for the Government to get rid of permitted development and ensure proper planning and decent quality homes through the planning determination system and enabling local authorities to charge on a cost-recovery basis. Planners do a difficult and at times a controversial job, and it is time for the Government to resource the system properly. 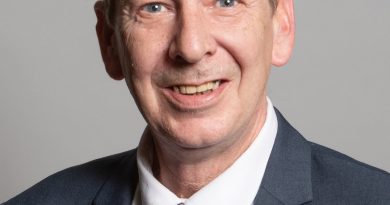