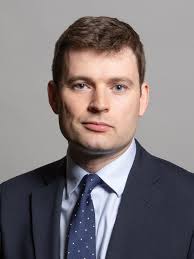 The speech made by Robert Largan, the Conservative MP for High Peak, in the House of Commons on 21 July 2022.

I will use the limited time available to outline some of the many challenges that this House and the next Prime Minister must face when we return from the summer recess. The No.1 issue facing the country is inflation, which hit 9.4% in June—the highest in 40 years—and is expected to climb even further. It strips away the value of the pound in our pocket, hitting every aspect of our economy. People’s savings are eroded, pushing home ownership out of reach, and the value of pensions that people have worked long and hard for is reduced. Our export market is made less competitive, limiting investment, jobs and growth. I am particularly concerned about those on fixed and lower incomes, because their real-term take-home pay is getting hit the most.

We all know what is driving this pressure: rising demand in China and the Russian invasion of Ukraine, compounded by covid and disruption to global supply chains. As a result, the energy price cap is due to rise 65% in October, taking typical bills to around £3,240 a year, with another rise in January. I welcome the Government’s package of measures to mitigate those price rises, with a third of households each set to receive £1,200, but tough choices lie ahead. It is incumbent on Members across the House to be honest with the public and with ourselves.

During the recent heatwave, many reflected on the similarities with 1976—not just the weather, industrial strife, nationalist demands for a referendum, a prime ministerial resignation, a leadership contest, and energy prices soaring following conflict, but the real risk of a wage/price spiral and stagflation. At the same time, our fiscal room for manoeuvre is increasingly small. Quantitative easing and pump priming the housing market are no longer viable options, if indeed they ever were.

Moreover, we are facing a demographic crunch, with an ageing population and fewer people of working age. That means that the demands of the state grow, while raising tax revenue becomes more and more difficult. If we are not careful, we will end up with Scandinavian levels of taxation for Mediterranean levels of public services.

Now is not the time for telling people what they want to hear; we must put pragmatism ahead of ideology. We need a functioning state, not an ever smaller one. I encourage any Members who disagree with that to talk to their constituents and to check their inboxes. They will find that those inboxes are full of emails from people who are struggling to get driving licences or passports, or whose GP appointments or routine medical procedures have been delayed. This requires hard-headed, mature judgment and grown-up politics, not pandering to nostalgia.

I am also increasingly alarmed about the failure of investigative policing. According to a recent report, police have failed to solve a single burglary in nearly half the country’s neighbourhoods over the past three years. Other police forces have been found to have wilfully neglected to investigate reports of child abuse and grooming gangs for fear of stoking racial tensions, and we learn of botched murder investigations due to officers’ homophobia. Meanwhile, mild-mannered comedians are being investigated for telling jokes. In Britain, policing is by consent, and it is dangerous for democracy and the rule of law when this trust breaks down. The next Prime Minister urgently needs a plan to rebuild investigative policing and confidence in our police. That, too, will require serious, pragmatic leadership and a willingness to face facts and level with the British people.

We are facing high inflation, anaemic growth, disrupted supply chains, a dysfunctional energy market, a demographic crunch, alarming shifts in climate, a national child exploitation scandal, national security threats at home and abroad, an increasingly divided society, and declining trust in our politics. On a brighter note, however, rain is forecast for the weekend.

I thank you, Madam Deputy Speaker, all my colleagues, and all the amazing staff in this place. I also thank my own amazing staff, both here and in the constituency. Since I was elected two and a half years ago, we have taken up more than 40,000 individual cases and responded to more than 75,000 emails. They do an amazing job, and I am proud to have them working for me. Have a lovely summer, everyone.