The statement made by Robert Jenrick, the Secretary of State for Housing, Communities and Local Government, in the House of Commons on 24 March 2021.

With permission, Mr Speaker, I wish to make a statement about Liverpool City Council.

Merseyside police have been carrying out an investigation involving a significant link with Liverpool City Council. Last year, this led to arrests on suspicion of fraud, bribery, corruption, misconduct in public office and witness intimidation. On 17 December, I informed the House that, additionally, persuasive evidence had been presented to me regarding the council’s planning, highways, regeneration, property management functions and associated audit and governance arrangements.

In light of that evidence, I commissioned Max Caller to conduct a best value inspection of the council. I want to thank Max and his assistant inspectors, Vivienne Geary and Mervyn Greer, for their thorough and evidence-based review. I have today placed a copy of their report in the Library of the House.

The report paints a deeply concerning picture of mismanagement, the breakdown of scrutiny and accountability, and a dysfunctional culture, putting the spending of public funds at risk and undermining the city’s economic development. The report identifies multiple apparent failures by Liverpool City Council in complying with its best value duty. This includes: a failure of proper and due process across planning and regeneration, including a worrying lack of record keeping—indeed, documentation had sometimes been created retrospectively, discarded in skips, or even destroyed—a lack of scrutiny and oversight across highways, including dysfunctional management practices, no coherent business plan, and the awarding of dubious contracts; a failure of proper process relating to property management, including compliance with the council’s own standing orders, leading to a continued failure to correctly value land and assets, meaning that taxpayers frequently lost out. When selling land, the report states that Liverpool City Council’s best interests were not on the agenda. There were also poor governance arrangements for council-operated companies and an overall environment of intimidation, described as one in which

“the only way to survive was to do what was requested without asking too many questions or applying normal professional standards.”

The review finds that there was a fundamental failure by members to understand and appreciate the basic standards governing those in public service and, with no regular ethics or standards committee and no means of monitoring complaints effectively, there was no established way to hold those falling below those acceptable standards to account.

As a whole, the report is unequivocal that Liverpool City Council has failed in numerous respects to comply with its best value duty. It concludes that the council consistently failed to meet its statutory and managerial responsibilities and that the pervasive culture appeared to be “rule avoidance”. It further concludes that changes need to be radical and delivered at pace, and that there was no confidence that the council itself would be able to implement these to any sensible timescale. There may also be further issues of which we are not yet aware, and the report is careful not to speak to matters that might compromise the ongoing police investigation.

I want to underline that the report is not a verdict on all the staff working at Liverpool City Council. In fact, it commends the hard work and dedication of many. The report is also clear that the current chief executive, Tony Reeves, and statutory officers have taken positive remedial steps, and I wish to thank Tony for his dedication and service. Neither does it comment on the Liverpool City Region Combined Authority, Mayor Steve Rotheram, or other councils in Merseyside.

Despite the good work undertaken by Mr Reeves, there is a clear picture showing that there has been a serious breakdown of governance at the council. If unchecked, it will allow improper conduct to persist, further undermining public confidence and putting public services at risk. It will damage the city’s ability to attract investment from reputable developers and investors for regeneration, or to take full advantage of new economic opportunities, such as the recent successful application for freeport status.

Expressed in formal terms, I am satisfied that the council is failing to comply with its best value duty. Therefore, I need to consider exercising my powers of intervention to secure compliance with the duty. To that end, in line with the procedures laid down in the Local Government Act 1999, I am writing today to the council asking it to make representations, both on the inspector’s report and on a proposed intervention package. This package is centred on putting in place commissioners, whom I will appoint to exercise certain and limited functions of the council as required for a minimum of three years.

I am also proposing that the council will, under the oversight of the commissioners, prepare and implement an improvement plan. This would require the following provisions: within six months, to approve a suitable officer structure providing sufficient resources to deliver the council’s functions in an effective way, including the improvement plan and its monitoring and reporting; within 12 months, to review and change the council’s constitution; within 24 months, to conduct a review of the roles and case for continuing with each subsidiary company of Liverpool City Council; to create a detailed structure and strategy for the highways function; to establish a plan to deliver an effective file management system; to implement a programme of cultural change, so both members and officers understand their roles, and so that the council’s activities are regulated and governed, and breaches are rectified swiftly; and to require the consent of commissioners before either member or officer level agrees heads of terms for any property transaction and subsequent consent before any legally binding commitment is entered into.

I also propose to direct that prior agreement of commissioners must be obtained to any dismissal or suspension of statutory officers or the assistant director of governance, audit and assurance, or equivalent. Furthermore, any appointments to positions designated as a statutory officer or the head of internal audit must be conducted under the direction of, and to the satisfaction of, the commissioners.

I hope and expect Liverpool City Council to take the lead in this path to improvement. However, given the gravity of the inspection findings, I must consider what would happen if the council fails to deliver the necessary changes at the necessary speed. I am consequently proposing to direct the transfer of all executive functions associated with regeneration, highways and property management at the authority to the commissioners. These are for use should the council not satisfy the commissioners in their improvement processes. As I say, I hope it will not be necessary for the commissioners to use those powers, but they must, in my view, be empowered to do so to deliver the reforms that are required. The commissioners will report to me at six-monthly intervals on progress being made.

The report also considers the impact of the council’s cycle of elections, where every year is an election year, concluding that this system reduces scrutiny and inhibits long-term focus. It recommends that the council should move to “all-out elections”, and for the council’s size to be reconsidered. Accordingly, I am also proposing to use my powers under the Local Government Act 2000 to provide for Liverpool City Council to hold whole-council elections for the first time from 2023. That will be in addition to proposals for a reduced number of councillors, elected on single-member wards, which the report also recommends. I believe it would be preferable to move to a single-member ward system at the earliest available opportunity.

I am now seeking representations from the council on the report and the decisions I am proposing to take by 24 May. The forthcoming elections will proceed as planned, and the Liverpool City Mayor will be elected on 6 May; the cabinet will then have time to provide its views. If I decide to intervene along the lines I have set out today, I will then make the necessary statutory directions under the 1999 Act and appoint the commissioners, and I will update the House on any conclusions in due course.

This is a rare occasion when central intervention is required. In addition to the measures I propose today, the Government will work closely with the political, the business and the cultural leadership of the city and with the wider region, including with Steve Rotheram, the Mayor of the Liverpool city region. We will do all we can to support the city as it recovers from the covid-19 pandemic, and to give confidence to those who want to invest in the city, to contract with the council and to do business in Liverpool.

As the son and grandson of Liverpudlians, I know Liverpool and I appreciate the sense of humour, the loyalty and the warmth of its residents. I also understand the city’s independent spirit, so I am clear that we are embarking on a partnership—to mend a politics that for too long has been rooted in a pervasive and rotten culture.

I am hopeful that this is the start of a new chapter for Liverpool City Council, because in all of this it is the residents of Liverpool who are being let down, whose regeneration is being undermined, whose taxpayers’ money is being wasted and whose city is being besmirched, rather than cited with municipal pride.

Despite the rare cases like Liverpool City Council, as a whole, councils in this country have a good record of transparency, probity, scrutiny and accountability. It is a reputation worth protecting. I will take whatever steps are necessary to uphold the good name of local government and to weed out practices that do it down. I commend this statement to the House. 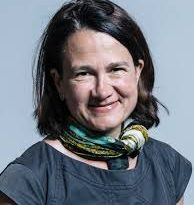