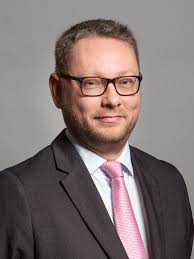 Below is the text of the speech made by Richard Thomson, the SNP MP for Gordon, in the House of Commons on 24 June 2020.

I record my thanks on behalf of the Scottish National party group of MPs for the work that NHS staff and care staff have done throughout these islands during the course of the pandemic to date. I do not think it is an exaggeration to say that theirs has been a superhuman effort, for which some have given everything they could, including, sadly, their lives. We remember the 312 staff UK-wide who have lost their lives in the service of others, including the seven healthcare workers and the 12 social care workers in Scotland. There are no words of mine, or, I suspect, anyone else that can thank them enough for their work. We should not underestimate the toll it has taken and will continue to take in the months ahead.

Throughout this time, we have clearly seen the value of public service and our public services. The weekly clap for carers showed people’s genuine gratitude and thanks to those who work to care for us and restore us to health. However, clapping is not enough. As we move towards what we generally term the new normal, I think the public would expect that new normal to be much better than the old normal that we came to take for granted.

My party is committed to the principle of fair working and does everything it can to ensure the safety and welfare of Scotland’s health and social care workforce. Work is taking place to provide a range of staff wellbeing services and to share that with people working in the health and social care sector. I will give some brief examples. On 11 May, the Scottish Government launched the national wellbeing hub, PRoMIS, which was created in partnership with key agencies, professional bodies and trade unions and will support all health and social care staff in Scotland.

My party has long advocated a real living wage, and since 2011 the Scottish Government have paid the real living wage to all their staff, including NHS workers, and that has recently been extended to all adult social care workers. Scotland was the first country in the UK to announce a death-in-service provision for NHS staff for covid-19-related deaths, including for frontline permanent and fixed-term staff, NHS locums, GP locums and NHS bank staff who are not included in the coverage provided by the pension scheme. Last month, the Health Secretary in Scotland also announced a scheme for care workers in respect of sick pay and ​death-in-service benefits, whereby a one-off lump sum of £60,000 will be payable to a named survivor, and that will be retrospective.

We are seeing infection rates reduce because of the way that people have heeded the strong message to stay at home, protect the NHS and save lives. That message has, at times, seemed to be under threat—not least when the Prime Minister, given a choice between protecting his chief adviser and the integrity of the public health messaging, inexplicably came down on the side of his chief adviser. I see the hon. Member for Moray (Douglas Ross) in his place. I am certain that he will have quite a bit to say later with which I will struggle to agree, but I want to record my respect for him saying publicly what many of his colleagues must have been saying in private, which he left the Government in order to do.

As this debate is largely about testing, could the hon. Member perhaps get back to how the Scottish Government are doing on testing, given that they are only meeting a third of the capacity for daily testing?

I thank the hon. Member for that intervention, and I will come to that, if he is patient.

I am not privy to the scientific advice that the Prime Minister has access to, but the apparent ease with which some have been prepared to prioritise short-term economic considerations or individual liberty ahead of the need for collective wellbeing and avoiding a potentially disastrous second wave makes me glad that the rules being followed in Scotland are being decided in Scotland. I very much hope to be wrong, but the potential for a second wave of infection in parts of England seems very real right now, and I get the growing impression that if that is to be avoided, it may be more by luck than by judgment.

It is precisely because of the dedication of NHS and care staff, clear advice and the selflessness and self-discipline of millions of people that progress has been made. In Scotland, Test and Protect is fully in place, and without the boastfulness of saying that it is world-beating, it works and is in place. That has allowed Scotland to enter phase 2 of the route out of lockdown, which will allow NHS boards to begin moving out of a crisis response into the recovery phase, in line with the framework. That means that health boards will be able to start prioritising cancer surgery for those most in need of that treatment and to restart wherever possible urgent elective surgery that had previously been paused, as well as IVF treatment, following the necessary approvals. It means implementing the remobilisation plans for health boards and integrated joint boards, which deal with social care, to increase the provision in order to address the backlog of demands, to handle urgent referrals and to triage routine services. It will also see the reintroduction of some chronic disease management, including pain and diabetes services.

Inevitably, there will be a backlog to be dealt with, but due to the professionalism of the staff, I think we can have confidence that it will be dealt with as we begin the process of recovery. I know how difficult it has been for people who have had procedures or treatments postponed due to the pandemic, but the message is clear: Scotland’s NHS is open, as it always has been, for ​those who need it. Anyone with medical concerns should not hesitate to contact their GP or NHS 24 or attend hospital if their illness merits it.

Patient and staff welfare must be at the heart of the plan, as it has been through the emergency stage, and testing will be at the heart of that. The routine testing of the NHS workforce in Scotland will be extended from 8 July, as more services resume. That means that staff who work in specialist cancer services, provide long-term care for the elderly or work in residential mental health care will be offered weekly testing from 8 July. That builds on the routine testing, which is already offered to care home staff and aims to protect staff and patients by reducing the spread of the virus in hospitals and other healthcare settings. In addition, Healthcare Improvement Scotland will be resuming its inspection programmes.

We have seen the value of the public services and the ethos of public service. We have seen it in those who have helped to keep our NHS and care settings open, saving lives and providing care for those who have needed it. Many of those who have made the greatest sacrifice are those who have come here from other countries to work in our NHS and our care services. Because of economic and social circumstances, many have been at far greater risk from the virus than it was reasonable for anyone to expect, and we have particularly seen the worrying outcomes of coronavirus in the black, Asian and minority ethnic community. There is likely to be a number of intersecting factors in that, but it is important that they are properly understood and that the measures that come out of that are acted on. I am pleased to say that the Scottish Social Justice Commission will look at the figures that have come out in that respect to look at how we can change to address those issues.

In conclusion, there are things that it would be valuable for us to do. First, we need to value our public servants. It is nowhere near enough to clap: we need to care for our carers and families in life, as well as, sadly, sometimes in death. We should pay them what they are worth, provide them with the equipment that they need, show them that they are valued and give them reasons, whether financially or just in terms of plain decency, to believe that they have respect and that they are valued in what they do.

We need to value the contribution that many from our immigrant communities make to our health and care services. Getting rid of the immigration health surcharge is a very welcome step. The commitment of those workers to the NHS in the country that they now call home is not in doubt, and it is time that the Government considered in what other ways they could work to remove any doubt that there might be about our commitment to them.

Secondly, lest there be any doubt, for all the massive contribution of the private sector in overcoming supply chain challenges, it was a publicly owned, publicly operated, free-at-the-point-of-need health service and public services that rose to the challenge of caring for us in these times, often acting as the carer of last resort. That lesson has never been forgotten in Scotland. I wonder if it is time for this Government to remember that.​

Thirdly, the virus has not gone away. There is no vaccine in immediate prospect. If we go too quickly, too far and too fast with easing restrictions, we risk very much undoing the good work that has been done. We need to honour the sacrifices that have been made by so many people by not rushing back to normal too soon. It would be a very bitter pill indeed if we were to do that, if we were to see a second wave and if the work done to date counted for less than it ought to. 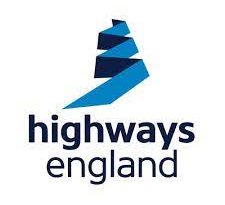