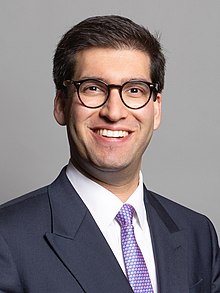 The statement made by Ranil Jayawardena, the Parliamentary Under-Secretary of State for International Trade, in the House of Commons on 1 February 2021.

In under two years, HM Government have secured trade deals with 63 countries, which covered £217 billion of trade in 2019. Taken alongside our recent deal with the European Union, trade worth £885 billion in 2019 is now covered. No country, anywhere in the world, at any point in history, has conducted trade negotiations concurrently on this scale nor with our ambition.

We reached agreements with some of our largest trading partners such as Canada, South Korea, Switzerland and Norway—and agreed economic partnership agreements with South Africa, Kenya and others. Most recently, on 29 December 2020, we secured a trade agreement with Turkey—worth £18.6 billion in the previous full year. All have been on the basis of providing continuity to the existing trading arrangements that we enjoy and providing a firm foundation for deeper trading relations in the future.

This strong progress not only accounts for 97% of the value of trade with non-EU countries that we initially set out to secure agreements with—it goes further. Since the beginning of the transition period, we expanded the ambition of our programme to go above and beyond its original scope. In doing so, we secured agreements with Japan, Singapore, Vietnam and Turkey, which accounted for £72 billion of trade in 2019.

This has been the culmination of extensive work led by my Department, working hand-in-hand with the Foreign, Commonwealth and Development Office, and carried out across the whole of HM Government. While this has been a difficult time, we and our partners have adapted our work—as far as possible—to reflect the reality of the global pandemic, and respecting public health, to bring forward deals that work for British businesses and the British people.

Parliamentary scrutiny has, and always will be, important in trade negotiations. All continuity agreements are laid in Parliament under the terms of the Constitutional Reform and Governance Act 2010 (CRaG) for scrutiny, and we will continue following this process for future trade agreements.

HM Government have built on statutory commitments by voluntarily publishing parliamentary reports alongside agreements, identifying and explaining clearly any differences with previous EU agreements. My Department has held close and constructive discussions with the parliamentary Committees on the progress of our programme over the last few years too; I was pleased to see this engagement praised by the Lords’ International Agreements Sub-Committee in their report on working practices.

Trade remains a reserved matter, but we have engaged with the devolved Administrations, crown dependencies and overseas territories on the continuity programme regularly, including through sharing of texts and providing implementation support.

Where a continuity agreement was unable to complete the CRaG process before the end of the transition period, we have brought them into effect via “provisional application”, or through a “bridging mechanism”. These are tried and tested methods, used widely around the world, and do not affect Parliament’s ability to fully scrutinise these deals under CRaG. All signed agreements will be submitted to Parliament for scrutiny. We have also recently re-published a technical note outlining how we have brought agreements into force and effect, as well as those we have not been able to complete, due to entry-into-force considerations.

Many deals have been done—even where it was previously thought by some to be impossible—but we have always been clear that we will only agree to a deal if it is in the British national interest, irrespective of deadlines. Likewise, factors in those countries with who are negotiating, such as elections or delays in forming a government, can intervene and halt trade negotiations.

As a result, it was not possible to secure agreements with Serbia, Bosnia and Herzegovina, Algeria, Montenegro and Albania by the end of the transition period. British exports to these markets totalled less than £1 billion in 2019, or just 0.07% of our total trade.

In addition, though we were unable to sign an agreement for entry into force on 1 January, Ghana reached a consensus with us on the main elements of an agreement on 31 December 2020. All these countries remain valued partners on a range of economic and security issues, so our message is clear—if they wish to regain the terms of trade that have existed in recent past, they will find a willing partner in Britain. We have published updated guidance on gov.uk to make sure businesses are aware of the changes that came into force at the turn of the year.

Our continuity programme will deliver a real and positive impact for British businesses and consumers. And this is not the end of the journey. There is more to do in the months and years ahead.

All the deals my Department is negotiating will bring trade and investment to Britain—delivering economic growth, creating opportunity in every corner of our great country, helping Britain bounce back.

Trade leads to better jobs and higher wages for workers; and more choice and lower prices for consumers. Trade helps protect our environment and protect our health. Trade is a force for good and I look forward to making further progress in the future.

John McDonnell – 2020 Speech on the Economy and Jobs