The statement made by Liz Truss, the Secretary of State for International Trade, in the House of Commons on 1 February 2021.

Today, the Government submitted their notification of intent to begin the Comprehensive and Progressive Agreement for Trans-Pacific Partnership (CPTPP) accession process.

This notification of intent comes shortly after the UK celebrates one year since leaving the EU and becoming an independent trading nation.

It is our first step in accession to the CPTPP which is part of a big strategic move that aims to deepen the UK’s access to fast-growing markets and major economies of the future, including Mexico, Malaysia and Vietnam, for the benefit of UK business.

Joining the £9 trillion free trade area will cut tariffs for vital UK industries like food and drink and cars and create new opportunities for future industries like tech and services, ultimately supporting and creating high-value jobs across the United Kingdom and helping the country build back better from covid-19.

Unlike EU membership, joining does not require the UK to cede control over our laws, borders, or money.

The UK would be the first country to take forward accession negotiations since the agreement was formed in 2018, putting us at the front of the queue to become the next full member. A number of other countries have also expressed an interest in joining, including Thailand, Colombia and South Korea.

Joining is a critical part of the Government’s wider trade strategy, which aims to deepen links with some of the fastest growing parts of the world, partnering with countries who believe in free and fair trade.

The CPTPP is one of the most important free trade areas in the world, accounting for 13% of global GDP in 2019. CPTPP GDP would rise to 16% if the UK were to join.

The CPTPP removes tariffs on 95% of goods traded between members and reduces other barriers to trade across four continents. The CPTPP countries accounted for £111 billion worth of UK trade in 2019, and the 2016-2019 annual growth in UK trade with CPTPP member countries was 8% a year. Joining now opens the way to further increase trade with these economies, enabling the UK to build back better by bringing more opportunities for our businesses and supporting jobs for our people.

Benefits that membership will bring for businesses include:

Eliminating tariffs quicker on UK exports including whisky—down from 165% to 0% in Malaysia—and cars—reducing to 0% in Canada by 2022, two years earlier than through the UK-Canada trade deal.

Rules of origin that allow content from any country within the CPTPP to count as “originating’”; for example, this would mean that cars made in the UK could use more Japanese-originating car parts, such as batteries.

Easier travel for businesspeople between CPTPP countries, such as the potential for faster and cheaper visas.

As well as removing trade barriers, the CPTPP helps businesses trade easily across borders and keep supply chains open and predictable. Joining the CPTPP will help us diversify our supply chains, which could help make us more resilient in an adverse environment such as the coronavirus pandemic.

CPTPP membership is a key part of the Government’s plan to position the UK at the centre of a network of modern free trade deals that support jobs and drive economic growth at home, while also positioning us as a champion of free trade and reform of the rules-based system abroad.

The CPTPP sets modern rules in areas of increasing importance for UK industry and business. This includes strategically important sectors such as digital, financial, professional and business services. Digitally delivered services from the UK to CPTPP members, for example, already hit £18.7 billion in 2019; joining now creates an opportunity to unleash forward-leaning parts of our economy like this.

Furthermore, membership puts the UK is in a prime position to help reshape these global rules in UK strengths like digital and data, and in services.

It would help to secure our future place in the world as a leader in a network of countries committed to free trade and send a powerful signal to the rest of the world that as an independent trading nation the UK will champion free trade, fight protectionism and remove barriers to trade at every opportunity. In doing so, we aim to turn the UK, a newly independent trading nation, into a global hub for businesses and investors wanting to trade with the rest of the world.

Over the last two years, we have engaged with all 11 member countries at both ministerial and official level to discuss UK accession to the CPTPP. All CPTPP members have welcomed the UK’s interest in accession.

As part of one of the largest consultation exercises run by the UK Government in 2018, we sought views on potential UK accession to the CPTPP and are using these responses to inform our preparations. We are continuing to engage business, civil society, and trade unions on an ongoing basis where they can outline their priorities.

As we have committed, the UK will publish their negotiation objectives, scoping analysis, and consultation response for public and parliamentary scrutiny, and when we are ready to begin formal negotiations.

We will only accede to CPTPP on terms compatible with the UK’s broader interests and domestic priorities.

The Government have been clear that the NHS and the price it pays for drugs is not for sale in any trade negotiations—including the CPTPP—and that they will not sign trade deals that compromise the UK’s high environmental protections, animal welfare and food standards. 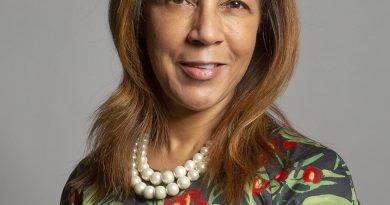