Below is the text of the speech made by Queen Elizabeth II in the House of Lords on 31 October 1972.

My Husband and I look forward to our visits to Canada and Australia.

My Government will play a full and constructive part in the enlarged European Communities. They look forward to the opportunities membership will bring, for developing the country’s full economic and industrial potential, for working out social and environmental policies on a European scale, and for increasing the influence of the enlarged Community for the benefit of the world at large.

My Ministers will seek to maintain and strengthen the North Atlantic Alliance. They will continue to sustain the Commonwealth association. My Government seek a positive improvement in East-West relations and are preparing in co-operation with their allies for a conference on security and co-operation in Europe. They will work for peace in the Middle East and in Indo-China. They seek to build upon the improved relations with China and hope for a peaceful and lasting settlement in the South Asian Sub-Continent.

My Government will work for co-operation within the United Nations; will support the United Nations law of the sea negotiations; and will continue to pursue agreed measures of arms control and disarmament. They will co-operate with other Governments in combating international terrorism. A Bill will be introduced to enable My Government to give effect to the Montreal Convention for the suppression of unlawful acts against the safety of civil aviation.

My Government are determined to protect the right of British fishermen to fish on the high seas off Iceland. They remain ready to reach an amicable interim agreement with the Government of Iceland.

My Government will continue their efforts to ensure that United Kingdom passport holders evened from Uganda have the widest possible choice of countries in which to settle. Help will be given to those who settle here and to local authorities that need to make special provision for them.

My Ministers will continue to search resolutely for peaceful and just solutions to the political, social and economic problems of Northern Ireland. They are resolved that terrorism and violence shall be brought to an end. The reform of local government will be completed. Legislation will be introduced to provide for a poll on the question of the Border; and to make available additional grant and loan finance to the Northern Ireland Exchequer.

At home, My Government’s overriding concern, as Britain enters the European Communities, will be to promote the high and sustained rate of economic growth which is essential for the achievement of their policies of providing increased employment and rising living standards, as well as for the provision of better houses, schools, and social services. To that end, they will continue their efforts to establish effective means of enabling a faster growth of national output and real incomes to be maintained consistently with a reduction in the rate of inflation.

It is My Government’s intention to resume the maintenance of agreed margins round a fixed parity for sterling as soon as circumstances permit.

My Government will continue to pursue the reform of taxation, the burden of which they have already greatly reduced.

In developing their policies for economic growth My Government will pursue their measures to create confidence and stimulate employment in the assisted areas.

Legislation will be brought before you to establish an improved organisation for the Government’s manpower services including a reform of the system of industrial training.

Special help will continue to be given to those in need through the social security system and by means of rebates and allowances; and a Bill will be introduced to extend rent allowances to tenants of furnished accommodation.

Extra help will continue to be provided for areas of special social need.

Legislation will be introduced to promote fair trading and competition; and to improve the provisions of the law regarding insurance companies. Other measures to protect the consumer will be proposed.

A measure will be introduced to facilitate the building of a Third London Airport at Maplin.

My Government will continue to encourage, within the framework of the European Economic Community, a strong agricultural industry and the efficient production and marketing of food in this country.

My Government will take further positive action on the protection and improvement of the environment. A Bill will be laid before you to reorganise the management of water resources in England and Wales.

Legislation will be introduced to provide improved compensation for persons whose land is acquired by public authorities and for the injurious effects of public works schemes.

A Bill will be laid before you to reorganise the administration of the National Health Service in England and Wales and to establish a health service commissioner to deal with complaints.

Legislation will be introduced to reform the finances of the national insurance scheme and to encourage the more widespread development and improvement of occupational pension schemes.

My Ministers will carry out their announced annual review of retirement and public service pensions and related benefits.

My Ministers will present to Parliament proposals to extend the education service and to set new priorities.

My Government will vigorously pursue policies for the prevention of crime and the treatment of offenders. They are especially concerned at the continued growth in manifestations of violence. They will press forward plans for strengthening the police, prison and probation and aftercare services, developing the prison building programme and implementing the Criminal Justice Act.

Measures will be introduced to make further reforms in the law and improvements in the administration of justice. 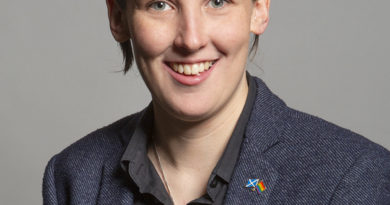