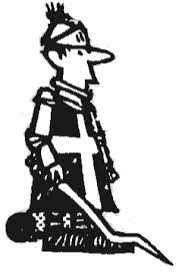 A section of the Private Eye article on OneWeb, published in Issue 1554 in August 2021.

CABINET Office efforts to suppress information don’t get much more cynical than those designed to frustrate efforts to find out about the dubious government decision to invest £400m in bankrupt satellite business OneWeb last year.

The Eye first asked several months ago for details of Boris Johnson’s meetings and calls to set up what appeared to be a deal done on his and Dominic Cummings’s whim. On no fewer than four occasions the Cabinet Office’s coverer-up-in-chief, Nicholas Howard, told the Eye it would take an extra month to weigh up the public interest in disclosing information.

Only when forced to do so by the information commissioner did Howard provide the response he was obviously always going to: saying anything would harm the company’s commercial interests.