Below is the text of the maiden speech made by Peter Mandelson in the House of Commons on 14th May 1992.

It is my pleasure to commend my hon. Friend the Member for Woolwich (Mr. Austin-Walker) on an excellent maiden speech. He demonstrated tremendous experience and knowledge, qualities that will enable him to make many more valued contributions to the House in the future. I only hope that I am able to acquit myself as ably as he has done.

In representing Hartlepool, I have the honour of succeeding Ted Leadbitter, who was as popular in the House as he was admired in his constituency. Ted Leadbitter was first elected in 1964. Supported by his wife Irene and his indomitable agent, Mrs. Elsie Reed, he lost no time in demonstrating his diligence and, equally, his independence.

My right hon. Friend the Member for Chesterfield (Mr. Benn), who was Postmaster-General at the time, describes in his ministerial diaries for 10 February 1965—when the Labour Government had a majority of only three—how a new hon. Member, Ted Leadbitter from West Hartlepool, had written to complain about a telegraph pole being put up in front of a constituent’s home. Refusing to be fobbed off with some bureaucratic response, the MP of three months’ standing rang up my right hon. Friend’s office with the message: Mr. Leadbitter regards the Postmaster-General’s reply as so rude and evasive that he does not propose to come to the House or to accept the Labour whip until the answer is withdrawn and the pole is removed. The pole was duly removed. I am sure that hon. Members can agree that in such important matters—to parody Edmund Burke—I, too, should be a representative of my constituents, not a delegate of my party. I can reassure the Whips, however, that I am not aware—at present at any rate—of any misplaced telephone poles in Hartlepool.

Ted Leadbitter’s predecessor, the first Labour Member to be elected for the constituency, in 1945, was David Jones. A man who knew poverty and unemployment at first hand, Mr. Jones dedicated himself to freeing his constituents from the appalling social conditions of the time, “the evil days”, as he called them, of ill-health, poor housing and insecurity in old age. David Jones’ memory is particularly special to me because he was a friend of my grandfather when he was a Member of this House, and he spoke for David Jones at several elections.

When they took their seats, my predecessors took pride in representing the two Hartlepools. While I represent only one in name, I am conscious of the fierce community loyalties in both Hartlepool and West Hartlepool. Even before the two Hartlepools were each denied their own borough status, music hall references celebrated the local demand for home rule. In the review of local government to which the Conservative party is committed, the minimum that would be acceptable to current residents is the restoration of full unitary authority status to Hartlepool. I shall continue the work of my predecessor in supporting that change.

Hartlepool’s great strength is that it rightly sees itself as a community, with shared needs, strongly felt local loyalties and a sense of common purpose and civic pride. That pride is especially strong now. Our football team, Hartlepool United, is at its highest ever league position in the history of the club; the West Hartlepool Rugby Football Club has gained promotion this season to national division one; and first-class cricket has arrived in the town, with the selection of the town’s club as a venue for Durham county cricket.

However, there are serious challenges to be faced by my town. Fifty years ago, Hartlepool, like other towns, even with its social problems, was at least more industrially secure because of the success of its shipyards, engineering, steel-making and manufacturing. The task of the coming decade, as we approach the 21st century, is to transform a now industrially poorer and less confident Hartlepool into the thriving industrial community of the future that it can become. That is why the people of Hartlepool are now embarking on an era of change. They do so in the knowledge that it is not possible for any community or town—or, indeed, political party—to try to recreate the future in the image of the past.

For the first time, in the general election, the Labour party in Hartlepool received more than 50 per cent. of the popular vote. It was a vote to embrace change but it is still change for the same purpose now as it was 50 years ago: to use the power of the community, acting together, to improve the individual circumstances of all. Central to that process is a modern economic policy; new ways of revitalising industry; innovative solutions to the problems created by social change; and sustaining economic growth in ways that are friendly to the environment.

My aim is to see new opportunities created for my constituents so that the confidence and optimism experienced in former times can be enjoyed once again by old and young alike. New opportunities do not mean opt-out schools and opt-out hospitals. When the services of thousands of patients opt out and the local hospital ceases to feel like the local community hospital, when thousands opt out of schools and the local schools cease to be like local community schools, the foundation on which the community is based is being removed.

What is true for our public services is also true, although in a different way, for industry. We cannot rebuild the industrial strength of our nation when manufacturing investment fell by 13 per cent. last year and is still falling now. When apprenticeships are axed and young school leavers fail to find training places, when firms are denied the chance to adapt to new skills and technology, we are eliminating the means by which depleted communities can become strong again.

The local training and enterprise council has seen a 20 per cent. Government cut in its training budget this year. At a time of rising unemployment, is that any way to restore industrial strength to our country? The result of that short-termism is both to deprive our young people of the opportunity that they need to get on in life and to deprive the nation of talent and ability of its people, which is critical to its future success.

When the Conservative party changed its leader and softened its rhetoric, the promise was of a classless society, a nation at ease with itself and opportunity for all. But what hope is there for the young person without a job due to the recession, without training due to cuts in funding, and without benefit due to the actions of a Social Security Minister who is now Prime Minister?

What opportunity is there for the thousands in my constituency and the millions in this country, struggling in poverty and living on the margins of our society? What ease is there in the mind of anyone, in or out of work, if our industrial base, and, therefore, our economic future, lies untended and in neglect?

In truth, there cannot be hope, or opportunity or ease unless we all accept our responsibility to help create them and, in doing so, realise that this benefits us all. Yet when we examine the Government’s economic policy we find that urgency and responsibility absent. In large part, that is because the Government cannot break free from their past. The days of reliance on some invisible hand of the market are as discredited as those of centralised planning and the command economy. We need a new partnership between the public sector, the business community and the Government, based not on dogma but on co-operation to secure objectives in the interests of the economy as a whole. The principle of co-operation is more relevant than ever, even if we must look to different ways and new methods to fulfill that principle.

Let me stress that the townspeople whom I represent are looking for neither handouts nor subsidies from Government. They have never deluded themselves that the man in Whitehall knows best. In the absence of a Government willing to back the scale of investment in new skills and technology which we need in Hartlepool, the town has not sat back. Over the past decade, the local authority has worked tirelessly to bring in new employment, in both the service and industrial sectors. Indeed, even with the drastically reduced help available from central Government, the partnership between public and private sector has achieved much.

The new marina, being built with the backing of Teesside development corporation and the borough council, is a symbol of the town’s efforts at recovery, even if it has not brought the employment that many hoped for. It has, however, helped to draw to the town the new Imperial War Museum located in the north, and I hope that that exciting project will receive the Government’s full support. The marina will also enable the town to play host to the Round Britain yacht race this summer.

Hartlepool has made a powerful bid for the Department of the Environment’s city challenge programme, and if it is successful, as I earnestly hope it will be, it will further help to transform the appearance and economic potential of Hartlepool’s central locations.

All those initiatives show how willing we and similar communities are to work with any opportunities opened up to us. But imagine how much more successful the industrious people of Hartlepool would be with a Government committed to re-skilling the work force and actively supporting our local industrial effort. That co-operation is needed now.

Hartlepool and the whole of the north face immense competitive challenges: the savage nature of the current recession; the creation this year of the single European market; and the completion, in a few years, of the channel tunnel. If we fail to invest now, we cannot meet those future challenges.

In rhetoric, the Government accept that case. But they should also realise that to will the ends without willing the means is, as Tawney said, akin to inviting unwelcome guests to dinner in the certain knowledge that circumstances will prevent them from being able to attend. What Hartlepool and the north-east desperately need is not another cynical invitation to share in the nation’s fortune, only to find that no place is set for it at the table. In the 1990s we need a decade of regeneration—in industry, our public services and our social cohesion. We can achieve that, but only if we recognise the size of the task to be done and the utter necessity of working together as a nation to achieve it.

Those values of partnership, co-operation and social justice represent all that is best in the Labour party, as true today as ever. It will be my privilege to advance those values on behalf of my constituents and my party throughout my time in this House. 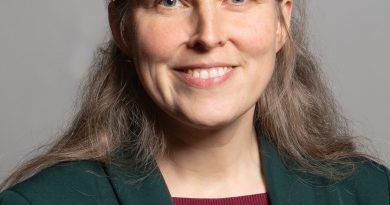