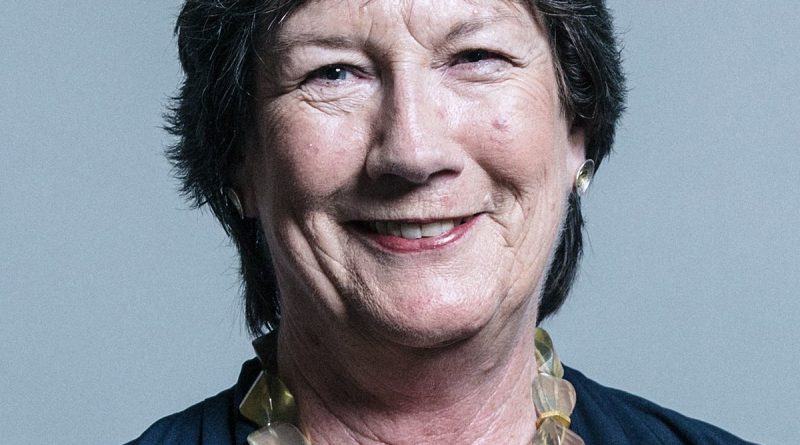 The speech made by Pauline Latham, the Conservative MP for Mid Derbyshire, in the House of Commons on 6 July 2022.

It is a pleasure to follow the right hon. Member for Leeds Central (Hilary Benn), who is always an entertaining and informative speaker. When I first came to this place in 2010, I was elected to the International Development Committee, which I have served on ever since. I believe that the Committee has done very good work over those years and I am sure that it will continue to do that good work, as it still exists, about which there was some doubt when DFID was taken over by the Foreign Office. It is really important that the International Development Committee exists, because Members who sit on the Foreign Affairs Committee have little interest in the money that is spent on the poorest of the poor. The scrutiny of the International Development Committee is needed to ensure that the money is being spent as well as it possibly can be. I am horrified by what my right hon. Friend the Member for Sutton Coldfield (Mr Mitchell) said about the money that is still being spent in China. There seems to be no sense in that, so I hope that the Minister will address the point in her closing remarks.

I am a bit disappointed, because this is an important debate but there are few Members in the Chamber. That is quite surprising, because there are now quite a lot of Back Benchers; one would think that a few more might come and join us. However, I am very pleased to speak in the debate and glad that we have a whole debate to focus specifically on the FCDO’s international aid work. It was of significant concern to me and others, including the Chair of our Committee, the hon. Member for Rotherham (Sarah Champion), when the two Departments “merged”—that was what it was called, but actually I think it was a takeover. We were told that there would not be sufficient focus on the international development angle, so the scrutiny of this House is very welcome.

It would be impossible to discuss the departmental estimates for international development without mentioning our 0.7% spending target, a subject that my right hon. Friend the Member for Sutton Coldfield covered extensively. The target was long campaigned for by many hon. Members, including me, and I am deeply disappointed that it has been reduced to 0.5% by the Government. I understand why, but we are talking about the poorest of the poor, who need our help. Obviously, the economy has been hit by the pandemic, but as the right hon. Member for Leeds Central said, the same pandemic has caused terrible strife all around the world, not just here in the United Kingdom. As a result of the cut, some of the people who most need our assistance will no longer receive it. The sustainable development goals, which we have signed up to, say that we should be helping the poorest of the poor—and there are so many people in the world who are incredibly poor.

My right hon. Friend the Member for Sutton Coldfield mentioned that the Chancellor had said that we would go back to 0.7% in two years. My right hon. Friend himself believes that we should make it 0.6% next year and 0.7% the year after. There is logic in that, but I think that he was referring to the previous Chancellor, the right hon. Member for Richmond (Yorks) (Rishi Sunak). We do not know what the current Chancellor wants, so our Committee needs to press him by inviting the Foreign Secretary before us and asking her what will happen. It is important that we, and the people we are trying to help, know what we will be doing.

The hon. Lady is making an excellent speech about very important matters. As she says, there are a significant number of very poor people in the world and we have a duty to support them. Will she address the issue of the Government mis-badging some forms of spending, for example by counting defence spending or other departmental spending towards the aid target? That seems to me to be a mistake and to be unfair on the very poorest people in the world.

That is a very important point that our Select Committee absolutely needs to scrutinise, because it would be illegal to badge that spending wrongly. We have a duty to ensure that our taxpayers know that our spending is transparent and in the right place. It is really important that we do not mis-badge it, because otherwise we will lose the trust of a lot of countries around the world.

As the right hon. Member for Leeds Central said, we know that there will be more and more migration because of climate change. People are not going to stay in a country that is drought-ridden. They cannot feed their cattle. They cannot be the nomads they were before, going off to find fresh pastures and then coming back in a circle, as the nomadic tribes in Kenya used to do. People cannot do that if they have no food for their cattle. For that important reason we need to tackle climate change, but I fear that the reduction to 0.5% means we will have less opportunity to do so, and that means there will be more migration. Indeed, I believe there will be more and more migration, not just for drought and climate change reasons but for reasons of conflict. So many people are fleeing their countries, either because of civil war or because of attempts to annihilate certain populations. They have to escape, because that is the general public’s normal response to terrifying situations.

However, there is much more to be done. In 2020 alone, an estimated 627,000 people died of malaria—a staggering number. More than 1.7 billion people required treatment and care for neglected tropical diseases over the course of that year. Often, the impact of covid-19 was to disrupt community care and preventive programmes, meaning that the number of people receiving treatment for NTDs fell by 33% in 2020. There is a simple and cheap cure for many of these diseases, and we must not lose sight of that.

While I was in Rwanda, I attended a programme run by the UK-funded National Institute for Health and Care Research about podoconiosis, a neglected tropical disease that causes dreadful pain and suffering, generally among farmers and those who spend a lot of time in contact with irritant soils without wearing shoes. The microbe gets into their bodies and causes them terrible problems. NTDs such as podoconiosis are widespread in huge parts of the world, and funds for research and prevention are needed not only from a humanitarian and ethical perspective, but from an economic one. For those people’s communities and families, these diseases can lead to long-term poverty, hunger and starvation because they can prevent people from working. For example, podoconiosis patients lose 45% of their productive working days to the disease. Research on treatment and prevention can keep people economically active, and able to maintain their lifestyles and their jobs.

Investment in tackling NTDs—that is just one small example—and malaria has huge positive knock-on effects throughout the local economy. The UK funding is providing real benefit for podoconiosis patients through research into treatment options, genetic research, education and more, enabling sufferers to live healthier, happier and more productive lives. I urge the Minister to consider people who suffer from the disease, because it is horrendous.

The UK has a strong legacy of investment in the elimination and control of NTDs—it is supporting the Rwandan Government’s ambition to eliminate podoconiosis by 2024—and it is critical that we maintain that legacy. This is an example of the UK helping the world’s poorest to live happy, healthy, economically active lives. That helps the economy and the education of women and girls, giving them the good future that many do not have at the moment. That programme in Rwanda has been funded, but others have been hit by the international development funding cuts. For example, the Ascend programme countries still need support to reach their elimination goals.

I encourage the Minister to consider the forthcoming year’s spending and to invest as much as we can in NTDs, and in particular in preventing malaria. That is doable; we can eliminate malaria, and it is so important that we contribute significantly to that. The shift in spending under the international development strategy away from multilateral programmes and towards bilateral funding threatens many of the programmes that aim to combat NTDs and malaria. I would therefore be delighted if the Minister could today confirm an ambitious commitment to the forthcoming seventh replenishment of the Global Fund to Fight AIDS, Tuberculosis and Malaria and neglected tropical diseases.