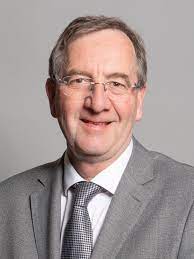 The speech made by Paul Howell, the Conservative MP for Sedgefield, in the House of Commons on 18 May 2022.

I am pleased to follow the hon. Member for Bolton South East (Yasmin Qureshi), but I am sorry that she, like others, has chosen to misrepresent my hon. Friend the Member for Ashfield (Lee Anderson). I suggest that she goes and listens to what he actually said.

I am pleased to be able to speak in support of the Queen’s Speech on our final day of debate, when we have the opportunity to discuss achieving economic growth. I spent my entire career in manufacturing businesses before becoming an MP in 2019, and I firmly believe in the power of economic growth and investment to change towns and the lives of people in them. In order to do so, it is important to encourage both the physical and human assets that are necessary to sustain an economic ecosystem.

It is also critical that the Government support our people through the cost of living challenges. I am confident that our Chancellor will deliver on that in cohesion with his Cabinet colleagues. I note that earlier in the debate the hon. Member for Leeds West (Rachel Reeves) indicated that 33% of people would benefit from Labour’s windfall tax proposal to the tune of £600, yet the right hon. Member for Wolverhampton South East (Mr McFadden) has apparently said that the rest would also get £200. So while they indicate that there would be £3 billion in tax receipts, they propose to spend £8 billion. They either disagree with each other or it is classic Labour maths and misrepresentation.

In my opinion we are facing a cost of living crisis. I do not care whether it costs £3 billion or £8 billion; the Government need to bring out the money to look after those people.

Of course the Government need to look after those people, and the Chancellor will do that cohesively with the rest of the Cabinet, but we must focus on the importance of resilience, particularly for our national assets. The past two years have demonstrated the fragility of supply chains and the risk of geopolitical instability affecting consumers in the UK. We need to increase the use of some of our new-found Brexit freedoms to ensure that nationally strategic assets are kept in British hands.

Economic growth and levelling up go hand in hand. As co-chair of the all-party parliamentary group for “left behind” neighbourhoods, I am convinced that we cannot have the latter without the former. That is why, when making spending decisions, the Treasury should emphasise creating new business clusters in left-behind areas. For that to happen, we need a skilled workforce in the area. That is why I think that, of all the Bills in the Queen’s Speech, the one that will have the greatest economic impact on areas with historically lower levels of economic growth will be not any of the legislation sponsored by BEIS or the Treasury but the higher education Bill.

The north-east is already on the right track. My constituency is fortunate enough to be surrounded by five universities, all of which do excellent work. To the north of Sedgefield, Northumbria University has done particularly well recently, leaping from No. 50 to No. 23 in the latest research excellence framework ranking. Together with Durham University, it is well on the way to creating a northern research powerhouse, which is further enhanced by the complementary provisions of Newcastle, Sunderland and Teesside universities. The Bill seeks to improve standards in education generally, and the aspect that I am most excited about is the lifelong loan entitlement, guaranteeing four years of post-18 study, which will allow more career flexibility for those who have not undertaken any further or higher education. It will ensure that they have the chance to get an education to work in skilled industries. We also need to enhance the broader opportunities for people through supporting T-levels and engaging more university technical colleges such as UTC South Durham in Newton Aycliffe as well as ensuring that opportunities exist for those who have had further education in the past but now want to redirect their talents.

One of my primary focuses for delivery is speaking up for the businesses in Sedgefield, whether they are the extraordinary science-led businesses in NETPark, substantial employers such as Gestamp, Hitachi, Crafter’s Companion and 3M in Newton Aycliffe or the myriad smaller enterprises in the Aycliffe industrial estate and spread around in places such as Trimdon, Chilton, Fishburn, Wingate, Wheatley Hill, Thornley and Ferryhill. They all matter, and they all need encouragement. On Friday, I will be talking at the “make your mark” awards at Aycliffe business park, meeting businesses that I have seen before such as Husqvarna, Stillers, Ebac, Roman and Gestamp as well as the newcomers, the apprentices, the innovators and the environmentalists. We have such variety and diversity, and we need to encourage each and every one of them. They need to know that the Government’s strategy supports them, and delivering infrastructure such as bringing the train station back to Ferryhill and tax breaks for capital investment are all part of the mix.

Clusters rarely develop organically; they are usually the result of a strategy that co-ordinates investment in an area. Those strategies must consider the appropriateness of sectoral support as well. For example, as part of our drive to reach net zero by 2050, the Government are rightly keen to support investment in electric vehicles. An EV strategy, for example, must therefore support new businesses looking to work on EVs and help existing companies to adapt their current output to them. While I will always support further inward investment, considering how much expertise and jobs the established companies tend to have, the Government would do well to focus their primary efforts there.

Another part of the strategy is led by the Under-Secretary of State for Business, Energy and Industrial Strategy, my hon. Friend the Member for Mid Norfolk (George Freeman), with his focus on science and innovation. I encourage him in his support of the north-east space hub as part of a co-ordinated national approach to space. I direct him in particular to the asset base that we have in Sedgefield when he considers promoting the semiconductor industry. We have everything from II-VI, which is a major manufacturer, through to Evince, Filtronic, Kromek, INEX, Isocom, Northern Space and Security and PragmatIC in our interrelated clusters in the areas of advanced material electronics, resilient communications and space. The development of clusters to support UK resilience founded on existing platforms of enterprise can be transformational in levelling up places such as Sedgefield.

While the Minister has been to NETPark, he and his colleagues would be very welcome to visit more of this extraordinary supply chain. That would also enable them to see the fabulous cultural offers demonstrated in the outstanding County Durham bid for city of culture and the proposed levelling-up bid that would enhance the living environment for so many in Newton Aycliffe. I encourage our pragmatic Chancellor and innovative Prime Minister to deliver on those Bills and to remember Keynes, who said:

“What do you do when the facts change? I change my mind.”

We are in an ever-changing world, and we need to remain as flexible as possible.