Below is the text of the speech made by Patrick McNair-Wilson, the then Conservative MP for the New Forest, in the House of Commons on 1 November 1978.

I wish to refer to two points in the Gracious Speech—Rhodesia and inflation and the incomes policy.

We read with interest and optimism that the Government intend to strive with the United States for a peaceful settlement in the Rhodesian rebellion. I urge the Government to go beyond that. I believe that a final appeal is now required to ask Mr. Smith to abandon the rebellion and to renounce the unilateral declaration of independence. As long as that country remains in rebellion against the Crown, there is no way in which Mr. Smith can receive recognition either from countries such as the United States and others in the developed world or from the guerrilla leaders who surround him.

Rhodesia has become a country in which it is no longer safe for people to go outside Salisbury and Bulawayo. We have to look towards renunciation of this illegal act of 1965 if we are to find a proper solution. I should like a governor-general to be appointed—a man with ​ very special qualities—who would ensure, if there was a renunciation, proper elections adequately supervised by someone from this country.

I should like there to be an amnesty for terrorists and an appeal made for Mr. Nkomo and the others to join in some sort of constitutional settlement. In the interim, let us make it clear that even if Mr. Smith renounces UDI we shall use the internal settlement as a framework upon which we can build. My fear is that that will not happen. Although Mr. Smith has made it crystal clear that he intends to give up politics in Rhodesia, I fear that he will cling on too late and for too long and that there will be a bloodbath in that country.

I should therefore like to feel that the Government, in implementing this part of the Gracious Speech, would make that direct appeal to Mr. Smith to lay down his sword to his Sovereign and to bring that country once again back into legality. I do not intend to comment on Bingham, sanctions and the rest, but I believe that that appeal would be well worth making, even at this eleventh hour.

Not surprisingly, the Prime Minister devoted much of his speech this afternoon to the question of inflation and the way in which we can conquer this problem in Britain. It is a problem which we have seen sweeping through many countries in the developed world. I think that all of us have started from quite the wrong premise, and, regrettably, the right hon. Gentleman’s speech continued it—namely, to blame wages for inflation. That is entirely wrong. I believe that wages are merely a reflection of inflation. Inflation is created by Governments.

I very vividly remember the right hon. Member for Huyton (Sir H. Wilson), when he was Prime Minister, commenting in, I think, 1964 on that first sterling crisis, saying that what was wrong then was not that our economy was weak but that there was a crisis of confidence. As those of us who were here then will recall, that crisis of confidence led to a major run on our currency, and with it came the inevitable inflation, because if a country is one that requires, as we do, to buy so much from overseas, a weak currency leads to higher prices, and those higher prices eventually come through to the wage packet, which no longer buys what it bought the week before.

It is at that point that wage claims start to rise steeply. It is utterly wrong, however, to blame those who are demanding higher wages to match inflation for creating that inflation. It is the Government who bear the responsibility for doing that. Attacking those who are trying to protect their standards of life merely because they want to be able to buy what they bought the previous week for the same amount of money is quite the wrong thing to do.

Therefore, I find the juxtaposition of the paragraphs of the Gracious Speech of great interest. In paragraph 6 on page 4 we see the words:

“My Government are resolved to strengthen our democracy by providing new opportunities for citizens to take part in the decisions that affect their lives.”

What decision affecting the life of the ordinary person could be more important than his ability, in his short working life, to earn the reward to which the hard work that he puts in entitles him? Yet we are, in one breath, saying that we shall increase the opportunities for people to take part in discussions about democratic decisions while at the same time we have a Government, following upon the Government of my party, who are determined to control wages in a totally unacceptable manner.

The wages argument goes far deeper than merely the numbers game of percentage points. We are talking fundamentally about freedom and totalitarianism. We are talking about the freedom of people to negotiate their rewards from companies and people who employ them and the alternative of a Government who impose upon them what they are to earn.

I make no apology for opting for a free wage bargaining system. I recognise all the imperfections that exist in that. I am well aware of the attractiveness of the Government pulling a figure out of the air and saying to industry and commerce “Negotiate around that.” Certainly the Government have a responsibility to do their sums and to tell us what sort of figure they believe the country can afford. But they really cannot expect people to accept a figure such as that, across the board of every industry. How can an official in Whitehall or anywhere else determine whether people should be earning more or less, and whether a ​ company can afford to pay increases in salaries or whether it should not pay any increase at all?

With this concept, which now appears to be becoming part of the perpetual landscape, I believe that we are running away from that freedom and leaving totalitarian government, which will control all our lives, to decide how much we shall earn and ultimately where we shall earn, because if we accept the policy of wage control from the centre it will not be very long before we have the direction of labour, which will follow behind it.

I was interested in the television programme the other night in which my right hon. Friend the Member for Sidcup (Mr. Heath) was talking in a miners’ club, in Lancashire, I think. It was put to him very clearly by those who were talking with him that the only way they would accept a wages policy would be if there was control not only of wages but of prices, profits and dividends. If we are to have that sort of total control, we are moving into a whole new era of government in Britain that we have never seen before. That will mean a rigid control over everything that one can earn and save in one’s lifetime. I do not believe that that is what this country wants. I do not believe that today, with the exception of the Prime Minister and perhaps my right hon. Friend the Member for Sidcup, anyone believes any longer in the 5 per cent. wage policy. It has now become a complete fantasy.

Let us be very honest when we say that. If one recalls, as I recall vividly—perhaps all hon. Members recall it too—what happened in 1974, one realises that when the Prime Minister talks about the coming winter being a watershed, one should tell him that one predicts that it will also set the seal on his downfall, because the fact is that in February 1974 the Conservative Party was ordered over the top of the trench straight on to the barbed wire of the National Union of Mineworkers, and we never got off it, losing the General Election as a result.

What is happening now under the present Government is a re-run of that event. I cannot see that it will do this country any good to have an industrial head-on confrontation once again. It really is a suicide mission. It is no good the Prime Minister and his ​ friends telling us that the Government are only indicating what the country can afford. With the paraphernalia of the black list and all the other hidden persuaders that now exist in the Government’s armoury, we are producing not only something akin to a statutory policy but a situation in which the market forces which one has to have in industry are no longer able to work.

This afternoon the Prime Minister said that he wanted to know what the Ford wage claim would do to the price of Ford products. The fact is that if Ford products can be sold competitively against the products of the other car and truck manufacturers, what the claim does to Ford prices is irrelevant. What is important is that we in Britain are able to compete with the competition. It is not a question of pulling tidy figures out of the Treasury. It is a question of a company such as Ford being able to decide what it can afford and paying it.

Until we get back to an economy which enables individuals, whether they be owners of businesses or workers in businesses, to have the freedom to negotiate on the basis of the profitability of their industries and what can be afforded, we are heading down that dangerous road to totalitarianism, be it of the Left or of the Right, which will ultimately undermine our whole society. 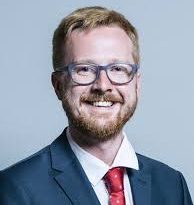