Below is the text of the speech made by Patrick Grady, the SNP MP for Glasgow North, in the House of Commons on 19 December 2019.

I have a wee sense of déjà vu, Mr Deputy Speaker, because in the last Queen’s Speech debate I spoke immediately after the right hon. Member for Bournemouth East (Mr Ellwood). By the luck of the draw, here we are again. He raises important points about the state of the modern world. None of his arguments seems to me to be a very compelling case for pulling away from one of the biggest and most successful international unions in the shape of the European Union, which the Conservative party is now determined to do. That, I suppose, will define much of the debate in the coming days and weeks.

Let me start by congratulating all new and returning Members, particularly those who have arrived in increased numbers on the Scottish National party Benches. In particular, I want to pay tribute to my friend Stephen Gethins, who was not successful in holding North East Fife but who still has very much to contribute to Scotland before and after we achieve our independence.

Today is a day of great constitutional importance. A woman with a significant constitutional role has outlined a vision for the future of her country, and the Scottish Parliament has endorsed that by passing the Referendums (Scotland) Bill, supported by the First Minister of Scotland, by 68 votes to 54. It is funny, because we have had this coincidence of Queen’s Speeches on days of important constitutional significance up in Scotland several times now. Each time, it demonstrates the contrast between the narrow, backward vision of the Conservative Governments and the progressive, outward view of the Scottish Government.

This is the second Queen’s Speech in three months and the third election in four years. I think that Black Rod must be breaking records for the amount of time that she is spending walking up and down the corridor. However, just because the Conservatives have secured a stable majority of seats in England and Wales, that does not mean that there is not chaos ahead. We may now have a battering ram Parliament through which the Tories think they can push through any policy they please, but the effect outside this place will undoubtedly ​be further unpredictability for business and economic uncertainty and increased hardship for the poorest and most vulnerable members of our society.

The Bills outlined today do not seek to build a new caring, sharing socio-economic consensus or to earn the trust of voters in the north of England who might have lent their votes to the Prime Minister’s party. Hidden behind the rhetoric and the spin is a hard-right reborn Thatcherite ideology that wants to strip back the functions of the state, liberalise the economy at the expense of workers’ and environmental protections, sell off the NHS in a Trump trade deal and scrap whatever vestiges of democratic accountability are left in the UK’s unwritten constitution—including, it seems, the Fixed-term Parliaments Act 2011. Whatever its flaws, the power to hold snap elections should not rest with the prerogative of the Prime Minister and the standard length of terms must be defined in legislation.

Of course, half of the laws outlined today will be subject to the English votes for English laws procedure. We hear about the great one nation Government, and they are governing for one nation in at least half of the Bills that they are proposing. The Governments much reduced number of Scottish MPs and the incredibly reduced number of Scottish MPs from the other Unionist parties will not have very much to do. The EVEL process is a complete waste of time and should be scrapped immediately.

The Conservatives may have won in parts of the UK where they have never won before, but Scotland wants no part of this. The agenda presented in the Tory manifesto and in today’s Queen’s Speech has been comprehensively rejected by voters in Scotland. I am proud to have been re-elected in the constituency with the highest share of the remain vote in Scotland in the 2016 referendum, which also had the fifth highest in the whole of the United Kingdom. That determination to protect Scotland’s right to remain a member of the European Union has been reinforced by the result last Thursday, and that must also mean the right to decide a different future for our country, a future that could deliver the vision outlined in our manifesto and in the alternative Queen’s Speech that the SNP has published today. That is an open, welcoming and inclusive vision of a country that plays its part in meeting the highest global ambitions to tackle the climate emergency, that provides not just refuge but jobs and livelihoods for those fleeing war and famine elsewhere, and that wants everyone who can contribute to our society to make their home here. It is of a country that meets its commitments to international aid and delivers them through a dedicated Government Department, which also seems to be at risk in this Queen’s Speech.

In Glasgow North over the past six weeks, people on the doorsteps said time and time again that they wanted to stay in the European Union. They also wanted an end to the misery of the last nine years of Tory rule. They were inspired by the SNP’s commitments to a proper step change in NHS funding, to building a social security system based on dignity and respect, and to releasing funds for many such vital public services by scrapping the abomination of nuclear weapons on our shores. If this Tory Government refuse to listen and ignore Scotland as so many UK Governments of whatever colour have done over the years, they do so at their own peril.​

Throughout my lifetime, the result of the general election in Scotland has not affected the result across the UK. The Prime Minister has always been chosen by voters in England and Wales. Until 2015, however, the majority party elected in Scotland to Westminster was, for whatever reason, committed to itself one day being part of a Government of the United Kingdom. Although there was a stark democratic deficit, which led to the campaign for and creation of Scotland’s devolved Parliament, it was fair to say that the majority was bound to accept the UK result. Since 2015 however, the majority of Members returned to this place by constituencies in Scotland have a different view. We believe that if the United Kingdom cannot and will not deliver on the priorities of our constituents, we must have the opportunity to choose an alternative path.

There are no Liberal Democrats here, but they were complaining earlier about proportional representation. They were in government with this lot for five years and they completely failed to deliver on that pledge so they cannot complain now when the system works against them—

We had a referendum.

Which, incidentally, voters in my part of the world supported.

Our belief has been reinforced by the mandate we have won this election. I am immensely grateful and hugely privileged to have been elected to represent Glasgow North once again. I accept that not all voters will agree with everything I have said today, and we all have a responsibility to listen to, respect and act on behalf those who did not support the majority party, but if that applies in constituencies it must apply to the Government as well. If the Conservatives are so convinced of the case for their precious Union, what do they have to be afraid of? The United Kingdom that people voted to be part of in 2014 has already fundamentally and materially changed, and by 31 January it will definitively no longer exist if the Government achieve Brexit.

We heard from the Government, the Prime Minister and, indeed, the right hon. Member for Bournemouth East about this one nation Government, but what nation is that? The Prime Minister is supposed to be the Prime Minister of a United Kingdom made up of four distinct constituent territories each with their own traditions and experiences of nationhood. If he wants to govern in the interest of just one nation, that is up to him. It is a small, isolationist and reactionary vision harking back to an imperial glory that never really existed in the first place. Scotland’s vision is internationalist. Our independence is defined by our interdependence on the global family of nations and institutions, of the United Nations and the European Union. The real separatists are the people who want to take us out of those institutions and to reduce our commitments to tackling global challenges, move us out of alignment with the highest agreed standards on social wellbeing and the environment, and ignore rulings of the United Nations General Assembly and the International Court of Justice on the Chagos islands, for example.

As I said earlier, and as I said at the SEC Centre in Glasgow last Thursday, Scotland wants no part of that. Whether the Prime Minister likes it or not, one day ​soon Scotland’s future will be back in Scotland’s hands, and we will continue our work, as we always do, towards those early days of a better nation.

Theresa May – 2016 Press Statement in Slovakia 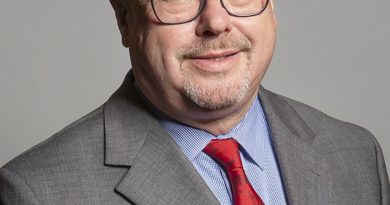