The speech made by Owen Paterson, the then Secretary of State for Northern Ireland, on 25 November 2010.

I met George Osborne to discuss the financial situation in the Republic of Ireland at the beginning of last week.

We have been in close touch ever since to make sure that Northern Ireland’s interests are fully represented and considered.

These have been a dramatic few days in Ireland.

So let me reiterate what George Osborne has said.

Ireland is a friend in need. It is hugely in the interest of the whole of the United Kingdom that Ireland is both economically stable and prosperous with a sound banking system.

That’s why the Coalition Government will continue to stand by our closest neighbour and in so many respects partner.**

We said that we’d be prepared to help if invited. And now we have.

But it’s important to remember that the assistance we are providing is a loan and not a grant.

It will need to be repaid and the best means of ensuring that is for the Irish economy to grow its way out of its current difficulties.

So we will defend the rights of sovereign EU member states to set their own taxes to suit their own circumstances.

And that includes corporation tax.

Along with my colleague Mark Hoban, the Financial Secretary to the Treasury, I discussed these matters with local ministers and party leaders on Wednesday.

And there was a strong consensus that we are doing the right thing.

Mark and I also made absolutely clear, independent of events in the Republic, our determination to publish, by the end of the year, a Treasury paper on rebalancing the Northern Ireland economy.

And we re-affirmed that it will include potential mechanisms for giving the Executive here the power to set a separate rate of corporation tax.

We must look at all possible means of reviving the private sector in Northern Ireland.

That would bring economic benefits, social benefits and help to undermine those residual terrorist groups who want to drag Northern Ireland backwards.

So I am working very closely with the Exchequer Secretary to the Treasury, David Gauke, on this.

He and I should be in a position to share our thoughts with Executive Ministers shortly so that we can have their ideas and their input into the paper before publication.

After all, this is a team game.

And it’s also a key priority.

But there’s another pressing issue here in Northern Ireland that rests solely with the Executive.

George Osborne announced the spending review settlement over a month ago on 20 October.

I repeat the Coalition Government’s view that it was a fair settlement.

The Executive is being asked to make reductions in current spending of 1.72% a year over four years.

While the reduction in one of the capital spending streams is higher, having discussed in detail with the Treasury we are confident that – using the same assumptions and calculations as Gordon Brown in 2007 – we will deliver the £18 billion promised after St Andrews.

And we gave the Executive precisely what they asked to achieve a fair and just resolution of the crisis in the PMS.

But a settlement is precisely that – a settlement. It is not the opening round of a negotiation.

NI is now the only part of the United Kingdom that hasn’t set a budget following the spending review settlement.

That cannot go on. People need clarity and certainty.

So I very much hope that the Executive now proceeds rapidly to provide clarity and certainty by setting a budget as a matter of urgency. 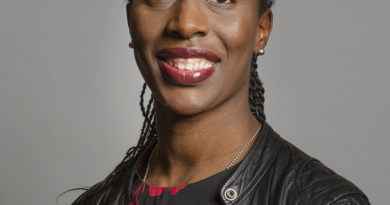