Below is the text of the speech made by Oliver Letwin, the Conservative MP for West Dorset, in the House of Commons on 12 June 2019.

I am delighted to follow the right hon. Member for Twickenham (Sir Vince Cable). Much that needed to be said has already been said, so I shall not tediously repeat it. I want to make two points that I do not think have been sufficiently brought out so far in the debate and that might influence hon. Members who are still undecided about how to vote in a few minutes’ time.

First, almost everyone who has spoken has agreed that it would be wrong for the UK to leave the EU without a deal, without Parliament having the chance for a decisive vote. We have no way of telling in advance how that vote would go, or whether Parliament would have an alternative. It has rightly been pointed out that without an alternative we could not prevent no deal from occurring, and it also is questionable whether there would be a majority for any alternative. However, almost everyone has agreed that we need to leave open the option for Parliament to make its mind up in such a decisive vote.

It has been pointed out repeatedly that one possible means of preventing such a vote is a prorogation. I am indeed concerned about that, but I accept that we might be in luck and have a Prime Minister who does not seek to use that route. However, I want to draw hon. Members’ attention to a point that has not come out so far, which is that prorogation is not by any means the only way in which an incoming Prime Minister who was determined ​to leave with or without a deal—as many have put it—could avoid having a decisive vote. They would not need to go to the lengths of prorogation; in fact, they would not need to do anything. If they introduced nothing to the House of Commons to give us an opportunity for such a vote, the House would not, in the absence of this motion and what follows it, have any such opportunity.

My right hon. Friend has just referred to this motion “and what follows it”. This is a phantom motion about a phantom Bill. Will he illustrate exactly what we are meant to be talking about, as he did before, because a few months ago there were five Bills—we ended up with a No. 5 Bill? Will he please tell us what specific wording he would import into this motion if it were to be carried to the next stage?

My hon. Friend will not need to wait very long. If, but only if, this motion is passed today, it will be proper for those who put it forward to publish a sixth Bill, which it will be the job of the House to inspect and on which the House will take a view. It could be that the Bill will be defeated, but that will be a question for the democracy of our Parliament.

I will not give way. I am sorry.

The point I am trying to make is that it is not necessary to prorogue to prevent a vote. The incoming Prime Minister would simply need to avoid taking any action. In those circumstances, we would leave on 31 October, and only after that would we need emergency legislation to catch up with the fact that we had left—

I will not give way. I am terribly sorry, but I promised the Speaker that I would be quick and I am going to be quick.

We would then all be forced to vote for that emergency legislation because we could not possibly leave the country exposed to the fact that it had left without a deal and without due legislative preparation. So it is perfectly possible for an incoming Prime Minister to avoid any decisive vote unless we force one, and that is the purpose of reserving the day.

My second point relates to that, and again I do not think it has fully come out in the debate so far. My right hon. Friend the Brexit Secretary has said that there is no reason to act now because there is no emergency—we are not facing immediate withdrawal without a deal, as we were when the right hon. Member for Normanton, Pontefract and Castleford (Yvette Cooper) and I put forward measures to prevent that and to ensure that we sought an extension—and of course he is right: we have until 31 October. That sounds like a long way away, but in parliamentary terms it is not. If we do not do these things now and on 25 June, and in the House of Lords thereafter, and if we do not have in place a process that leads to forcing a decisive vote in this House in early September on whatever the new Prime Minister puts forward, there will be no legislative time to do this, because the House traditionally sits for only two weeks in September and a couple of weeks in October.​

That is well known to incoming Prime Ministers, and all the candidates are filled with sagacity and understanding of Parliament, so they will know perfectly well that they only have to occupy four weeks with doing nothing and we will be out. So, although it is not a fast-burning fuse, it is a bomb, and the fuse is already burning. If we do not put the fuse out now, we will not be able to disassemble the bomb in September or October.

Will my right hon. Friend give way?

I am terribly sorry, but I will not.

That is why it is wrong to say that this proposal is premature. It may be right or wrong to vote for this motion this evening, but it is the only time we are ever going to get, and I hope that my hon. Friends and Opposition Members who are wavering about whether to support it recognise that they will have to look back if they do not support it now. If we fail, as we may well do this afternoon, they will have to look back on that as the direct cause of, in all likelihood, our leaving on 31 October without a deal. It is because I do not wish to have that on my conscience that I have taken the uncomfortable step of signing a motion that has at the head of it the name of the Leader of the Opposition, whose party I do not follow and with whose policies I generally profoundly and radically disagree. However, this is an issue so important that it transcends party politics, and I owe it to my fellow countrymen to ensure that we do not descend into a no-deal exit without Parliament having had a decisive vote. 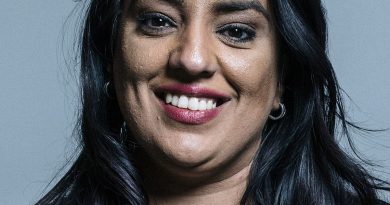