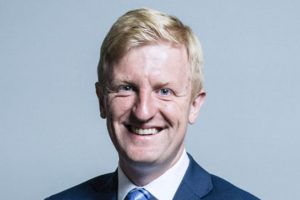 Below is the text of the statement made by Oliver Dowden, the Minister for the Cabinet Office and Paymaster General, in the House of Commons on 16 October 2019.

I would like to update the House on the work of the new Office for Veterans’ Affairs, which was announced by the Prime Minister in July.

As the Minister attending Cabinet with responsibility for veterans, I have been appointed to oversee the Office with the Minister for Defence People and Veterans.

Veterans have offered to make the ultimate sacrifice in defence of our country, so the Government have a moral duty to them and their loved ones to provide the best possible support after they leave service.

Our ambition is for the UK to be the best place in the world to be a veteran and the Office for Veterans’ Affairs will be a champion for our ex-servicemen and women at the centre of Government. It will promote the outstanding contribution veterans are already making to our economy and society and ensure no individual who needs help is left behind after they leave service.

As part of the recent spending round, £5 million of Government funding was secured to staff and resource the new Office.

Colonel (Retired) David Richmond CBE has now been appointed as the Head of the Office for Veterans’ Affairs and has started work in the Cabinet Office this week. David Richmond was the most senior officer injured in combat in Afghanistan and subsequently became the Director of Recovery at Help for Heroes.

One of the Office’s first tasks will be to produce a detailed work programme informed by the responses to the Government consultation on the strategy for our veterans. David Richmond and his team will be engaging widely with veterans, charities, the Devolved Administrations, local authorities and Parliamentarians so that the work of the Office reflects the needs of veterans and their families, with a particular focus on:

Pulling together all functions of Government, and better collaboration with charity sector provision, in order to ensure this Nation’s life-long duty to those who have served.

Ensuring that every single veteran and their family knows where to turn to access support if required.

Helping to generate a ‘single view of the veteran’ by making better use of data to understand veterans’ needs and where gaps in provision exist.

Improving the perception of veterans and showcasing the brilliant contribution they make after leaving service.

Theresa May – 2020 Speech on Public Health