Below is the text of the speech made by Norman Lamb, the Liberal Democrat MP for North Norfolk, in the House of Commons on 1 April 2019.

It is a pleasure to follow the hon. Member for Bexhill and Battle (Huw Merriman), and I agree with the points that he made.

This is the first time I have contributed to any of these debates—I have managed to avoid doing so until now—but I have worked with right hon. and hon. Members across this House. Incidentally, I pay particular tribute to the right hon. Members for West Dorset (Sir Oliver Letwin), for Leeds Central (Hilary Benn) and for Normanton, Pontefract and Castleford (Yvette Cooper) and the hon. Member for Grantham and Stamford (Nick Boles). It has been a pleasure to work with people who have been united in a desire to find a way forward, and united also in recognising that there is an absolute need to avoid leaving the EU with no deal.

I believe it is essential now that we seek to build consensus, and I feel that for two reasons. First, we are in a perilous state: there is a real danger to this country. There is a high risk that, unintentionally, we could end up in just a few days’ time crashing out of the EU with no deal. The damage to the economy would be profound. The hon. Member for Birmingham, Erdington (Jack Dromey), with the right hon. Member for Meriden (Dame Caroline Spelman), has made very well the points about the absolute importance of protecting manufacturing industry, and the auto industry in particular. As Chair of the Science and Technology Committee, I should also say that the damage to our science community from crashing out with no deal would be profound, and it seems to me that we have to avoid that at all costs.

The second reason why I think it is important to build consensus is that we live now in a horribly divided country, with entrenched positions and intransigence on both sides. This is deeply damaging to our country, and we risk damaging the social contract. I think we play with fire if we do not recognise the danger, and I do ​not think enough people have been seeking to find ways of bringing this country together again, rather than maintaining the divisions.

I approach this as someone who campaigned for and voted for remain. It may be odd to say this, but I respect the alternative point of view. I have my own criticisms of the EU, and I always have done. It is massively over-centralised, and I think it needs substantial reform—it needs to be more dynamic and more flexible—yet I was clear in my mind that I should support and campaign for remain. However, I lost, and we now need to find a way forward out of this mess. No route is perfect and no route is risk-free; danger is everywhere.

It is vital that Parliament today actually supports a way forward, rather than rejecting everything yet again. Another day of everything being defeated risks inflicting further enormous damage on this institution and of leaving the country feeling that it is without leadership. The country is crying out for leadership. I want this Parliament to agree on a Brexit deal that, as far as possible, protects jobs, the economy and the funding of public services, and maintains the closest possible relationship with the European Union—and then I want that settlement to be put to the people of this country in a confirmatory referendum.

The Prime Minister opposes the single market and a customs union, and her red lines have stayed rigidly in place all the way through. She says she cannot support those because they were not in the manifesto, but in 2017 she failed to get a majority. Just as in the coalition the parties coming together had to make compromises—a party cannot get everything in its manifesto if it does not have a majority in Parliament—this necessitates compromise. The Government Chief Whip was absolutely right to say that the election changed everything, yet the Prime Minister has failed to recognise that. She has failed to reach out and has stuck rigidly to red lines that are inappropriate in a balanced Parliament.

I will vote to support a customs union, the argument for which was put very succinctly and effectively by the right hon. and learned Member for Rushcliffe (Mr Clarke). Manufacturing industry in our country demands that we remain part of the customs union, and that is why I will support it. It is not sufficient on its own, but it is a building block. I will also support common market 2.0. It is not perfect, but it seeks to ensure the closest possible economic relationship, protecting the economy and jobs. 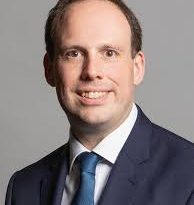