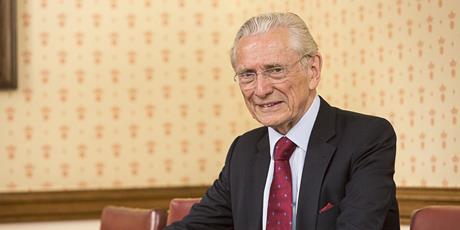 Sections of an article by Norman Fowler, the Lord Chancellor, published in the Guardian on 23 December 2020.

Boris Johnson has now created 52 new peers this year – taking the total size of the Lords to more than 830 – despite a cross-party agreement three years ago that numbers should over time be reduced to 600.

I would suggest four immediate issues for review:

First there remains the whole question of the size of the Lords, which is almost 200 larger than the Commons and far in excess of what is needed to transact its business. Surely the torrent of new appointments has neither public nor political support.

Second, we should recognise that, as long as freedom to appoint lies in the hands of prime ministers – any prime minister – we need at the very least an effective checking system. I am not going to comment on individuals, but what I would say is that the present powers of the House of Lords Appointments Commission are fundamentally deficient. The commission has a strong and independent membership. It is absurd that its powers are only advisory.

As we have just seen, its recommendations can be overridden by No 10. The result is that a prime minister has the power on his or her own to add peers to a house of parliament that can make and, within limits, unmake laws. Is this what the public expect in the third decade of the 21st century?

Third, we should recognise also that there is no limit on the maximum number of peers in the House. This sets us apart from all the senates in democratic countries that I have visited over the last four years as lord speaker. It takes away a fundamental check on power.

Fourth, when making appointments it has become obvious that governments wish to avoid parliamentary scrutiny. Both of the initial announcements of new peerages in the last 12 months have been made when parliament has not been sitting. It simply adds to the impression that the choice of peers is the exclusive preserve of No 10 – and the less publicity the better. This may be fine for the government’s public relations team: whether it is fine for parliament is another matter.