Below is the text of the speech made by Nicky Morgan, the Secretary of State for Education, at King’s College in London on 2 February 2016.

Thank you Professor Byrne [Professor Edward Byrne, President and Principal, King’s College] for that warm welcome and to King’s College too for hosting us today.

My lords, ladies and gentlemen, what a pleasure it is to be here at the Lord Glenamara Memorial Prize giving, to honour amazing young people from the north-east of England.

Honouring them for their excellent academic achievement and outstanding contributions to their schools and communities – things really embodied by the man for whom this prize is named – Edward Short, the Lord Glenamara – one of my predecessors as Secretary of State for Education.

And I am so pleased that we have with us this afternoon Lord MacGregor and Baroness Williams – two former Secretaries of State for Education; and we are also joined by Lord Beecham, another famous son of the north-east and friend to the Short family.

It was in the north-east that Lord Glenamara was a student at the Venerable Bede College, Durham University; a teacher and head at Blyth; a councillor on Newcastle City Council; a Member of Parliament for Newcastle Central; and later named a Member of the House of Lords, taking Glenamara of Glenridding in the county of Durham, as his title.

I think it is fair to say that the prize is awarded in the very spirit of a man who loved the north-east and worked tirelessly throughout his life on behalf of the region.

As Lord MacGregor, Baroness Williams and I can tell you, being the Secretary of State for Education is a huge honour but an enormous responsibility too.

Lord Glenamara was the first former headteacher to take up the role and is said to have regarded leading the Department for Education as his greatest achievement.

He displayed a high regard for academic rigour and early years provision as well as a commitment to education as a tool to achieve social justice – all things on which we agreed, despite hailing from different political traditions.

He was a deft politician, helping to steer his party through times of tribulation and was, at one time, regarded as a potential leadership candidate.

That wasn’t to be, but as a parliamentarian he gave us Short Money and the Register of Members’ Interests – 2 things which are now ingrained in our modern legislature.

I think it is fair to say that he was one of the north-east’s most famous sons and a true giant of British politics.

His commitment to academia, his contribution to the region and his huge presence in the mainstream of British public life are undeniable.

When he passed away in 2012 at the age of 99 this memorial prize was established to celebrate his achievements and to ensure that his legacy inspires younger generations to come.

Now in its fourth year, the number of high-quality candidates this time made it really tough for the judging panel to pick a winner.

The nominees’ hard work and commitment to their communities make them shining examples to their peers and they should all be congratulated.

And I believe there is something that sets these young people apart.

During my tenure as Secretary of State for Education I’ve talked a lot about character.

I think there are many attributes that make up great character, including perseverance, determination and having a strong sense of community – to name just a few.

These traits so often set apart the people who succeed in life from those who don’t.

I believe it is vital that our young people are helped to grow and develop their character and I think Lord Glenamara would have agreed with me on that.

What is obvious is that the young people here today have character in bucket loads.

I’m talking, of course, about the school councillors, the charity volunteers and fundraisers, the prefects, the head girls and head boys, the Members of the Youth Parliament, the mentors and coaches, the youth group leaders and so much more.

It takes great character to offer so much to your community knowing that often there will be little thanks or praise for it.

It’s clear that all the nominees have exciting futures ahead of them and that the north-east will be enriched by the many things they will no doubt go on to achieve.

And our winner – George Hunter – President of his school, elected by his peers and his teachers from a strong field of candidates.

A volunteer, willing to give up his free time, not just to 1 but 2 charities.

A campaigner, taking on one of society’s most taboo subjects, mental health, and encouraging people to engage with it.

An academic, so committed to learning that he has not only won awards himself but tutored other students too.

So it comes as no surprise that despite his heavy workloads both in and out of school, he was able to achieve As and A*s across the board in his GCSEs.

What an exciting future he has ahead of him.

I look forward to welcoming him to my department for his work experience placement very soon.

It has been a delight to be here today – to celebrate these amazing young people from across the north-east.

I would like to thank all of the schools who nominated their students and I really look forward to next year’s prize.

Professor Byrne will now read out the runners-up in alphabetical order and I will present them with their certificates.

Then we will ask the winner to come up so I can present the Lord Glenamara trophy. 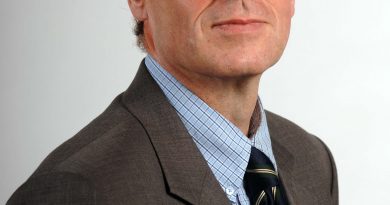 Kenny MacAskill – 2022 Speech on the Cost of Living Crisis

Boris Johnson – 2022 Comments on the Future of Russia