I write in relation to the recent news of the identification of an outbreak of the South African variant of Covid in Lambeth and Wandsworth, London, with the confirmation of 44 cases and a further 30 probable cases.

This is a deeply concerning development: we know how dangerous emerging strains of the virus are and it is worrying that vaccines could be less effective against the South African strain and other variants of concern. The situation risks undermining the enormous sacrifices of the British people and the progress being made by the vaccine.

It has been clear for many months that that there have been significant outbreaks of variants of concern, across Europe and further afield. For instance, we know that in large numbers of countries not included in the quarantine ‘red list’ there have been significant cases of variants of concern, including France, the USA and Greece.

That is why Labour has consistently called for a comprehensive hotel quarantine system, to do everything possible to stop variants reaching the UK. However, the UK Government has refused to act on these warnings and the prospects of further outbreaks remain incredibly concerning. Sadly the outbreak in South London is an example of what can occur when action is not taken.

Please can you answer the following questions:

Can it be identified via contact tracing that the outbreak was caused by an individual/individuals travelling back into this country?
What conversations has your Department had with the Global Travel Taskforce?
How many individuals are currently going into hotel quarantine?
How many travellers are currently entering the country each day?
We are entering a critical juncture in our fight against the pandemic. As key elements of society and the economy reopen there are risks of any variants that make their way into the UK spreading more quickly. It is simply not good enough for the Prime Minister to say, blithely, that new waves of the virus will “wash up on our shores”.

The British people will-rightly-be furious that their sacrifices and the progress of the vaccine is being put at risk by the Government’s reckless refusal secure our borders.

As a result, I again call on you to act on the serious warning that this outbreak in south London represents and implement a comprehensive hotel quarantine system without delay.

I look forward to your urgent response.

Shadow Secretary of State for the Home Department 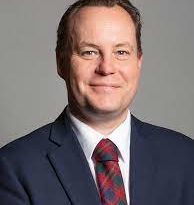