Below is the text of the speech made by Nick Gibb, the Minister of State for Schools, at  a Jewish Community Centre in London on 27 January 2016.

Can I start by saying thank you for inviting me here – it is a great privilege to join you at the inaugural Jewish Schools Awards.

Working as Schools Minister, it has continually struck me how powerful it is for a region, nation, or group of people to have a pro-education culture, which emphasises the value of study and hard work.

A pro-education culture, so difficult to win back if lost, is an enviable inheritance for any society – and I believe that it is what we should be celebrating, and are celebrating, today.

Amongst Jewish communities around the world, the fruits of this pro-education culture are unmistakable. Despite making up only 0.2% of the world population, a remarkable 22% of Nobel Peace Prize winners have been Jewish. From Harold Pinter and Boris Pasternak, to Henry Kissinger and Daniel Kahneman, Jewish communities have always punched well above their weight as writers, researchers and scholars. Perhaps there are some future Nobel Laureates amongst the classes being taught by the teachers here today.

A well-educated population does not occur unprompted. Behind every child’s story of academic success, there are the dedicated teachers who make such achievements possible.

One does sometimes hear it said that teachers do not have much impact. People like to quote great intellects, such as Mark Twain, who stated “I’ve never let my school interfere with my education”.

In addition, there are those of a sociological bent within education, who argue that teachers cannot be expected to change the life chances of children born into poverty and inequality.

I disagree profoundly with each of these ideas. My mother was a primary school teacher, and I am a committed believer that teachers can and do change children’s lives. Great teachers are masters of their subject, who tell stories, impart wisdom and inspire curiosity. They motivate, cajole and guide pupils to surpass their own expectations of themselves.

I have served as Schools Minister in 2 successive governments, and we have been dedicated to raising the prestige and quality of the teaching profession. In contradiction to the naysayers, evidence from both England and America shows that pupil outcomes vary significantly according to teacher quality.

Research in the Oxford Bulletin of Economics and Statistics has shown that being taught by a teacher in the top 25% of effectiveness, compared to one in the bottom 25%, adds almost half a GCSE grade per subject to a pupil’s outcomes.

This effect is more significant still for pupils from disadvantaged backgrounds, where the difference between a good and a poor teacher can be up to a whole year’s worth of learning.

Since 2010, we have put teachers in the driving seat of our reforms to improve state education in England. We have given schools, and teachers, unprecedented freedom to teach as they see fit, without an overbearing education bureaucracy driving their actions.

To this end, we have removed 21,000 pages of unnecessary school guidance, reducing the volume by 75%. We have worked with Ofsted to ensure that inspectors no longer penalise teachers for how they teach. Ofsted guidance was reduced in 2014 from 411 to 136 pages, and last year guidance was further reduced despite the increased reach of the common inspection framework.

In addition, teachers who believe that they are able to create something better within the state education system than the status quo, are now empowered to do so through the free schools programme, which is providing outlets for idealism across the country. And of course, it was the example of the Jewish Community Secondary School, a parent promoted school founded in 2010, which in part offered inspiration for this ground breaking reform.

And I am delighted to observe that the quality of teachers in our schools is steadily improving: in 2010, 61% of trainee teachers had an undergraduate degree at 2:1 or better. This year, that figure is 74%.

Crucially, in 2012 the proportion of trainee teachers with a 2:1 or above surpassed the national average of that year’s graduating cohort for the first time, and the annual initial teacher training census shows us that the proportion of new teachers holding a first-class degree is at an all-time high. Such evidence demonstrates that teaching is finally gaining the status it deserves in this country.

To ensure that the calibre of teachers keeps on improving, we have expanded schemes like Teach First, which this year has sent over 1,500 teachers to every region of England.

A good teaching workforce is one where teachers stay in the profession, so we are taking action to combat the unnecessary workload which for too long has weighed down teachers. More than 44,000 teachers responded to the Secretary of State’s ‘workload challenge’ in 2014, and in response we have pursued a series of measures to combat the debilitating effect of unnecessary workload.

The 3 biggest concerns that teachers raised during the challenge were marking, planning and resources, and data management, so we established working groups to address each of them in turn. The groups will be reporting in the spring, and I am certain that their findings will contribute to a culture shift in schools in the coming years, away from energy sapping and bureaucratic practices, and towards a teaching profession which is autonomous and empowered.

I recently attended a talk by a Swedish economist, who was explaining why Finland had such a remarkably strong education system towards the end of last century. Historically, Finland has had a classic pro-education culture, due to their use of schools as vehicles for nation building after Finland gained its independence from Sweden in 1809. He stated that in Finland, teachers were heralded as the ‘candles of the nation’, instrumental to building national solidarity.

Without wanting to sound too grandiose, if it is not too late, I would like to see teachers in England take on the ‘candles of the nation’ mantle today. We are living through a period of British history where integrating different groups of varied ethnic backgrounds is perhaps the leading challenge for this country’s future.

Our government has placed schools at the forefront of this process, ensuring that all schools promote the fundamental British values that define our country: democracy, the rule of law, individual liberty and mutual respect and tolerance for those of different faiths and beliefs.

In the past, we in Britain have perhaps been guilty of being too shy about promoting Britishness. But we should be resolute that there is nothing exclusionary about a host nation welcoming new groups into a national culture – an inclusive national identity is an eminently liberal and forward-thinking principle for a country to hold.

The assimilation of Jewish people into British national life is a case study of remarkable success. Since Jewish people began arriving in Britain in larger numbers during the late 1800s, they have not just assimilated into British society – they have become some of the leading proponents of it. Just look at Simon Schama becoming one of the foremost chroniclers of Britain’s history, or Lionel Bart one of Britain’s greatest popular composers.

For a diverse society to prosper, mutual understanding between different groups is vital. That is one reason, amongst many, why we have been preoccupied – through reforms to the national curriculum, GCSEs and A levels – with restoring the importance of knowledge to its rightful place in educational life. For years, the educational establishment has devalued knowledge in favour of skills and processes such as ‘problem solving’ and ‘critical thinking’.

But the great problem with this outlook, is that with limited knowledge, a pupil has very little with which to think critically about, or with which to solve problems.

Today, of course, is Holocaust Memorial Day – and what better example of the paramount importance of knowledge in a child’s education is there? History has the potential to widen our understanding of humanity’s potential for both greatness and evil, and a history of the 20th century provides ample examples of both.

Through the national curriculum, we ensure all secondary schools teach the Holocaust at some point during key stage 3.

However, as the October report from the Centre for Holocaust Education at University College London showed that, though 83% of pupils thought the Holocaust an important subject to study, many still did not have a sound grasp of the basic facts and events.

Two-thirds of the 8,000 British schoolchildren surveyed did not know what is meant by the term ‘antisemitism’, and when asked how many Jews died during the Holocaust, 1 in 10 chose fewer than 100,000. How can you think critically about the Holocaust when you have such fundamental misconceptions about the events?

For the past 10 years the Department for Education has funded the Holocaust Educational Trust’s Lessons from Auschwitz project which has taken more than 28,000 students to visit the site of the Auschwitz-Birkenau concentration camp. It is vital that all young people continue to learn in detail about the Holocaust, and that is why the department will continue to promote, support and fund teaching of the Holocaust.

There are other areas of the curriculum where we have broadened the scope of what pupils study. Religious education is an example where knowledge is a powerful aid to understanding British society in the 21st century.

The new religious studies GCSE, which will be introduced for first teaching in September 2016, will ensure that all pupils study not 1, but 2 religions in depth – an aspect of their education which will give pupils greater insight into the multi-faith society that we inhabit today.

Faith schools, of all denominations are a valuable component of Britain’s tapestry of school provision. In 2015, 3 non-selective state Jewish secondary schools – The King David High School, Yavneh College and the Jewish Community Secondary School – were amongst the 100 top-performing such schools nationwide at GCSE. In 2015, 4 Jewish primary schools had 100% of pupils attaining level 4 or above in reading, writing and mathematics.

Though defined by their faith, it remains important that such schools sit within a wider appreciation of British cultural life, and they must prepare pupils for life in Britain’s modern, liberal democracy.

Jewish education in this country provides an exemplar of how this balance can be struck, and I would like to say thank you for the enormous contribution that you all make to the educational life and cultural life of this country. 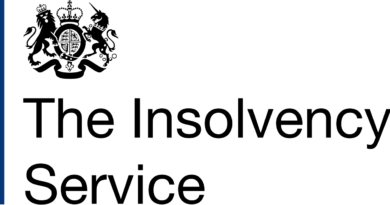