The speech made by Nadine Dorries, the Secretary of State for Digital, Culture, Media and Sport on 8 December 2021.

First, can I just say that I’m delighted to be representing the UK at this important summit.

It’s important because – as President Biden has said – democracy isn’t a given. Every generation has to fight for it.

As one of the world’s oldest democracies, the UK has a real dog in this fight, as the Americans like to say.

And in 2021, in what is officially the “Digital Age” of mankind, much of that battle is now waged online.

So I want to take this opportunity to talk a little about democracy and technology.

About the huge benefits that tech has brought to free nations all over the world.

But also ultimately, what we’re doing in the UK – and with countries around the world – to ensure the tech revolution is a democratic one.

Only last week, I welcomed government officials from around the world to London, for the Future Tech Forum.

And while we were there, we had some really honest and frank conversations about the challenges we’re currently facing.

I think it’s important, as always, to remind ourselves that tech has done so much to improve our lives…

…to make us more prosperous and more productive, to connect us with friends and family all over the world.

But given the vast power of tech today, there’s also, unfortunately, vast potential for it to be used to cause harm.

Algorithms can send dangerous misinformation and poisonous abuse all over the world in seconds.

Authoritarian governments can use tech to track, to intimidate, and to repress.

It’s on all of us to mitigate those risks, and make sure that tech reflects our liberal, democratic values.

Until now, governments around the world have been a little on the back foot with all of this.

The pace of change in tech is so fast, we’re often playing catch-up.

But from what I saw at the Future Tech Forum, there’s now real political will – and real momentum – across the globe to set some solid ground rules: ones that will define the next chapter of tech.

And the UK is helping to write those rules.

A few months ago, we published our draft Online Safety Bill.

This is a truly groundbreaking piece of legislation.

And we’ll be going further than any other country to hold them accountable for what’s on their platforms and to enshrine protections for freedom of expression.

But like a lot of countries, including the U.S., we’re also looking at how our democratic values can be baked in from the start – which brings me to the theme of this event.

Of all the democracy-affirming technologies, we’re particularly interested in ones that can help us use personal or sensitive data responsibly.

And so the UK government is actively exploring the role of privacy-enhancing technologies, or PETs, to support confidential data sharing, access and use.

The US and UK have both been doing cutting edge work in this area.

But we felt we needed to go further.

And so today I am very pleased to announce that together, the US and UK are launching a joint prize challenge next year on privacy-enhancing technologies.

These technologies can help democracies unleash the power of data and AI to tackle big societal challenges – from financial crime to the race to Net Zero – while respecting fundamental rights like privacy.

We’re both very hopeful that this new prize challenge will give the R&D of these particular technologies a big boost – and we’re looking forward to updating you all on our progress at next year’s Summit.

By working together on projects like this, democracies can make sure that tech serves citizens, rather than seeking to control them.

Tech is global by its nature. It doesn’t recognise borders – and neither should we.

By teaming up, we can ensure our version of the tech revolution – one that is open and democratic – prevails.

Which is why, as I said at the start, summits like this are so important.

And with that, I’ll hand back to the moderator for the panel session. 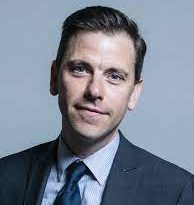