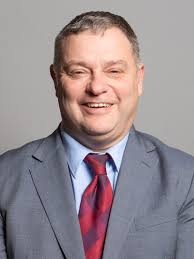 The comments made by Mike Amesbury, the Shadow Local Government Minister, on 16 December 2021.

In the decade since 2010, central government funding for local services has been cut by over £16bn, hitting the poorest councils and populations hardest. Now the Conservatives are turning to taxpayers to paper over the cracks.

From the energy price cap going up, soaring food costs and fuel prices hitting another record high – the list of price rises under this government goes on and on. Now the Tories in Westminster are hitting people with higher tax twice for social care, with an increase in National Insurance and a council tax rise.

Instead of taking meaningful action to tackle the cost of living crisis, the Government has trapped us in a high tax, low growth cycle. The message today is clear: you pay more but get less under the Conservatives.