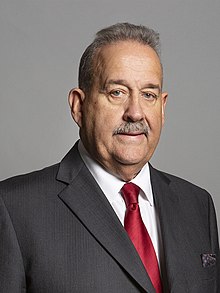 The speech made by Mick Whitley, the Labour MP for Birkenhead, in the House of Commons on 18 January 2021.

I support the motion. The Government should hang their head in shame for leaving people on universal credit living under the shadow of a potential cut in their benefits at the end of March. We face the worst recession of any European country, to a large extent due to the Government’s shambolic handling of the covid-19 pandemic. The Prime Minister’s failure to provide a clear strategy, some economic certainty and the adequate financial support that millions of people desperately need is a failure of leadership and of Government policy.

The scale of this crisis is massive and growing. In my constituency of Birkenhead, I represent two of the most deprived council wards in the country. Over 12,000 of my constituents claim universal credit, a 51% increase since the pandemic began. Countless others are in receipt of legacy benefits, and joblessness continues to soar. Every day, more people join the ranks of the unemployed. Even those who have kept their jobs are struggling to make ends meet; furloughed workers are forced to survive without a fifth of their pay packet each month.

My resolve on this issue has been strengthened by the deluge of messages from my constituents. The £20 uplift is a vital lifeline; it is as crucial to people’s financial health as the vaccine is to their physical health. So many constituents have told me of their fear and despair for their very survival if it is taken from them, but still the Government have refused to make the uplift to universal credit and working tax credit permanent or to confirm that it will be extended beyond April. At the same time, I believe that those excluded from the original uplift—those on legacy benefits—should also get a £20 a week rise.

Let me be clear: if, during the worst economic crisis in living memory, the Government go ahead and cut the £20 that has enabled so many people to get by, it will be a scandal. The Resolution Foundation estimates that if this cut goes ahead, the bottom fifth of earners will lose 7% of their income. Similarly, Citizens Advice predicts that 75% of the people it helps with debt issues will not be able to cover basic costs if the uplift is cut. It will mean more children going hungry, more families being unable to heat and light their homes, and more households facing the threat of eviction. It will mean human suffering on an epic scale in Birkenhead and across the country. By doing away with the uplift, the Government would take over £12 million from Birkenhead’s economy, with cash-strapped families spending less in our local supermarkets and independent stores.

“Build back better”? That is a hollow phrase masking economic vandalism. We must not let this Government pave the way to a new pandemic where poverty becomes the next deadly virus.