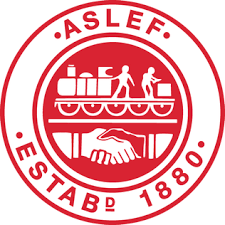 The comments made by Mick Whelan, the General Secretary of ASLEF, on 18 November 2021.

This government is not levelling up – as it has repeatedly promised to do – but levelling down. This is not the green, efficient, modern railway of the future we were promised. But a dodgy decision based on bad advice that means millions of people will not benefit from this project.

HS2 was meant to be a world-beater, and put Britain, the country which gave the railway to the world, back on the industrial and economic map. Instead, the Tories are letting us down. Not levelling up, but punching down on the north.

This government is a government of broken promises. It has announced Northern powerhouse rail an incredible sixty times – and I know because we’ve counted – and now it puts the project in the bin.

They have tried today to claim their new plans will deliver comparable benefits more quickly and cheaply. But that’s not true. It’s smoke and mirrors from a government which won’t, we now see, deliver for people in the north.

HS2 was never only a high speed rail link. Detractors like to say it only shaves a few minutes off the time between Birmingham and London. But HS2 was meant to make it quicker and easier to travel the length and the breadth of our country and to free up pathways on the East and West Coast main lines for more passenger services and for more freight trains. This decision means that lots of people will not enjoy the benefits of HS2 and the project will no longer free up routes for other services.