Below is the text of the speech made by Michael Meacher, the then Labour MP for Oldham West, in the House of Commons on 15 January 1986.

First let me make it clear that the uprating principle underlying the order is not in contention, but I wish briefly to use the debate to highlight two main issues where the Opposition remain distinctly critical. One is the experience of statutory sick pay as it has developed, especially in the light of its extension to 28 weeks from 6 April next, and the other is the proposed privatisation of other benefits where the example of statutory sick pay is being used as a model.

Our main objection is that the extension of statutory sick pay represents not only the abolition of state sickness benefit but the prolongation over a much longer period of all the disadvantages clearly manifest in this act of privatisation.

First, unlike sickness benefit—and we take a view of it different from the over-generous picture for employees given by the Minister—statutory sick pay is taxable and subject to deductions for national insurance contributions. Therefore, for many employees, especially those on low earnings, SSP means less money when they are unable to work because of sickness or disability. Indeed, for those on very low incomes, about £50 a week, the loss can be as hefty as £14 or £15 a week.

Nor is it any defence to say, as Ministers do—although the Minister did not do so tonight—that the low level of SSP is compensated for by supplementary benefit. Recent figures show that one third of sick or disabled people do not claim the supplementary benefit to which they are entitled. Perhaps that is the best indication of the inadequacy of SSP. Means-tested supplementary benefit should never be regarded as a satisfactory substitute for an adequate benefit as of right when people cannot work.

Ministers also like to evade the unsatisfactory nature of SSP by referring—as the Minister did tonight—to the number of occupational sick pay schemes. Of course, a few do exist, but many employees are not covered by them because they are generally run on a discretionary basis. In particular, part-time workers and others in low-paid jobs are frequently excluded.

A sign of the amount of loss of benefit from the extension of SSP is provided by the Government’s estimate of the so-called savings that will accrue in the next financial year—of the order of £200 million. Those savings are being made purely at the expense of the sick and disabled who are already having to cope with the extra costs of disability. It is surely wrong and unfair that employees will be paying out more in tax and national insurance contributions because of the extension of SSP, while employers will not be expected to pay any national insurance contribution for SSP payments.

Another matter for concern is that—

The hon. Gentleman plainly has not understood the financial basis of SSP. The saving of £200 million is a saving to public expenditure, but it is almost precisely counterbalanced by the revenue forgone from the national insurance fund in compensation for the payments by employers to employees. The notion that either the original introduction of SSP or its extension entail losses to beneficiaries of the sort suggested by the hon. Gentleman is, quite simply, wrong.

Does the Minister deny that, if employees are to pay substantially more in tax and national insurance contributions, there will be a significant disadvantage for them? Does he deny that as a result of the scheme, many on the lowest levels of income—about £40, £50 or £60 a week—are suffering substantial losses that can be as much as £14 or £15 a week?

Another matter for concern is that the rate of unemployment is already higher among the disabled than among the work force as a whole. An extension of SSP, with the additional administrative burden on employers, is all too likely to lead to discrimination against workers with poor health records.
Indeed, there are other disadvantages to SSP. It has involved a much harsher linking than that applying to sickness benefit, although that is now to be changed.

Moreover, because it is administered by employers—that is not to be changed—and not by the DHSS, there are no powers, short of taking the employer to court, to ​ enforce payment of statutory sick pay by employers. If an adjudication officer, social security appeal tribunal or a social security commissioner issues a formal decision that a person is entitled to statutory sick pay, the DHSS cannot force a recalcitrant employer to pay the correct amount to the employee. Employees in unorganised workplaces, particularly part-time workers or those in low-paid jobs, are vulnerable to harassment by employers in relation to absence through sickness, given the leeway that the DHSS has now given to employers.

There is no protection for employees who are dismissed by their employers so that the latter can avoid paying them statutory sick pay. Extending statutory sick pay in April will increase the employee’s exposure to unscrupulous manoeuvres by some employers.

For those reasons, we contend that statutory sick pay, which was introduced almost without warning and with perfunctory consultation, has worked to the detriment of employees in a variety of ways.

There are good grounds for the fear that the introduction of statutory sick pay will be used as a wedge in the door of further moves to hive off state responsibility for social security benefits. Evidence of further intended privatisation by the Government emerged on 19 December when the DHSS issued a consultation paper on statutory maternity allowance. That proposed that responsibility for paying maternity allowance—

Order. The hon. Gentleman is straying wide of the order. I have given him a lot of rope, but he must not discuss maternity pay.

I am not seeking to introduce a debate on maternity allowance, but I am making the valid point that the introduction of statutory sick pay is being used as a model for further extending the privatisation of social security benefits. I wish to make one or two other brief comments related to that, but I do not seek to discuss that argument in depth because it is to be discussed in another place.

That can be left to another place because the order is about uprating statutory sick pay, not the principle, which the House has already decided.

We do not dispute the uprating basis in the order, but we want to place firmly on record our strong condemnation, not only of the principle of the privatisation of social security benefits, but of the manifest disadvantages for the employee that this has been shown to involve. We oppose the extension of the principle, with its disadvantages to other benefits such as statutory maternity allowance.

If the Government do not take note of our objections, I give notice that when we come to power we shall deal with them rapidly. 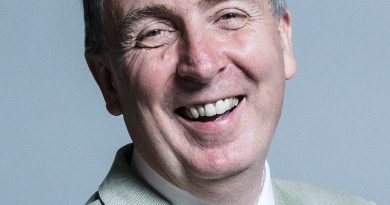