The speech made by Michael Gove, the Chancellor of the Duchy of Lancaster and the Minister for the Cabinet Office, in the House of Commons on 13 January 2021.

As with any new trading arrangement, the protocol undoubtedly generates challenges as well as providing solutions. The Government are committed to addressing those challenges by providing pragmatic solutions to any problems that arise and working with the Northern Ireland Executive in the interests of all the people of Northern Ireland.

UK Government Ministers are in daily contact with Ministers in the Executive, and with businesses in Northern Ireland and Great Britain, to ensure the effective operation of the protocol. Inevitably, the impact of covid and the steps taken by the French Government at their border have affected retail businesses across the United Kingdom, but it is important to stress that freight volumes into Northern Ireland’s ports are at normal levels for this time of year. There have been no significant queues, and supermarkets are now generally reporting healthy deliveries of supplies into Northern Ireland.

None the less, the new processes that the protocol asks of businesses that are moving goods from Great Britain to Northern Ireland require the Government to do more. We are working with companies across Great Britain to help them understand the new requirements for moving goods, and the extensive Government support includes the trader support service, to which more than 25,000 businesses are now signed up, yet we know that still more needs to be done.

That is why we are stepping up direct engagement with suppliers to ensure they have access to the realtime guidance they need, and we are also working closely with industry to address specific problems of moving mixed food loads from Great Britain to Northern Ireland through the process known as groupage. In the coming days, the Government will issue new guidance on the practical mitigations that have been developed with industry to enable this important practice to continue and to support hauliers and suppliers.

We also recognise that a number of hauliers have been affected by significant issues at Dublin port. We welcome the easements that have been introduced by the Irish Government, but movements via Dublin are substantially lower than normal, so we have to intensify our engagement with the Irish authorities.

More broadly, the grace periods for supermarkets and their suppliers are now working well, but we are already planning for the streamlined replacements that will follow. A dedicated team within DEFRA, working with the Cabinet Office, is also in touch with the industry to promote readiness, supported by new specific Government funding.

Ultimately, the future of the protocol is in the hands of Northern Ireland’s people, and its renewal is a question of democratic consent. The responsibility of this Government is to ensure that it operates in an effective, legal and pragmatic way, and that is the spirit in which we approach its implementation. 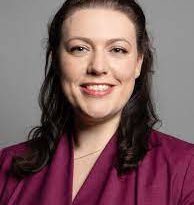