The statement made by Michael Gove, the Minister for the Cabinet Office, on 20 October 2020 in the House of Commons.

The Withdrawal Agreement Joint Committee met on 19 October 2020 in London, with delegations attending in person and by video conference.

The meeting was co-chaired by the Chancellor of the Duchy of Lancaster and European Commission Vice President, Maroš Šefčovicč, and attended by the alternate Joint Committee co-chairs; the First Minister and deputy First Minister of the Northern Ireland Executive; and member state representatives.

The Committee undertook a stocktake of specialised Committee activity since the last meeting on 28 September. The Committee also updated on implementation of the withdrawal agreement, with particular focus on the Northern Ireland protocol and citizens’ rights.

The Committee adopted the citizens’ rights joint report on residency and agreed to its publication.

The UK reiterated its commitment to implementing the protocol in full so the people of Northern Ireland can be given the fundamental legal assurances they need, and will not face the damaging prospect of the unmitigated defaults of the protocol under any circumstances.

The Committee considered the remaining WAJC tasks during the rest of the transition period.

The UK took the opportunity provided by this meeting to underline its commitment to continued constructive engagement with the EU through Joint Committee processes. 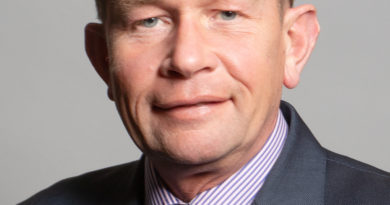